Download Jaguar B99 Concept car wallpapers in 4K for your desktop, phone or tablet. All images belong to their respective owners and are free for personal use only. 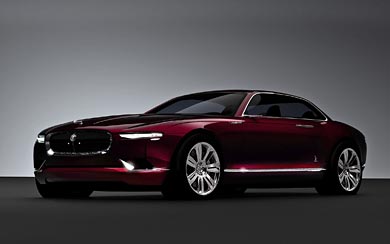 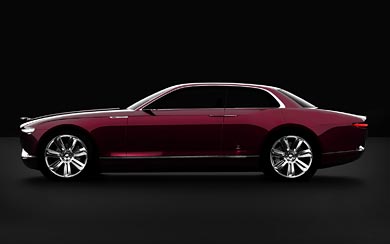 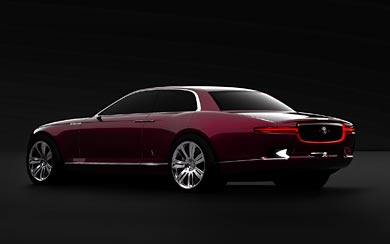 The Jaguar B99 was a concept car designed and developed by the Italian design house Bertone. It was first shown to the public on the Bertone stand at the 2011 Geneva Motor Show. The 4-door saloon was shown in two versions: compact executive (B99) and grand tourer (B99 GT). It was designed by Bertone’s Michael Robinson and Adrian Griffiths and was based more on traditional Jaguars of the Geoff Lawson era compared to more recent Jaguars designed by Ian Callum.

The power train was also developed by Bertone as a hybrid; featuring a 1.4 L engine for range extension purposes with two electric motors of 201 bhp (150 kW; 204 PS) each driving the rear wheels. The car’s maximum output of engine and electric motors is 570 bhp (425 kW; 578 PS). Average CO2 emissions were estimated at 30g/km with a claimed 60 mile range electric-only mode.