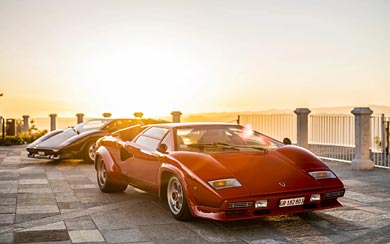 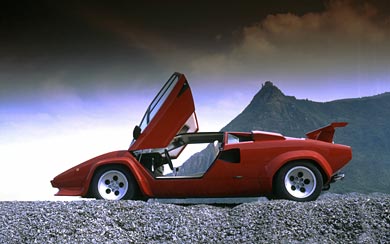 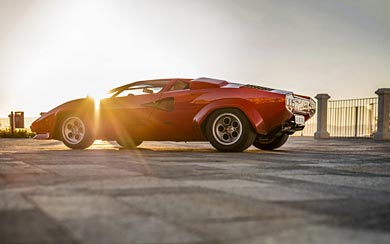 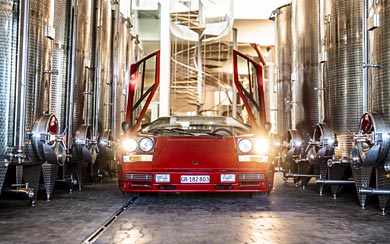 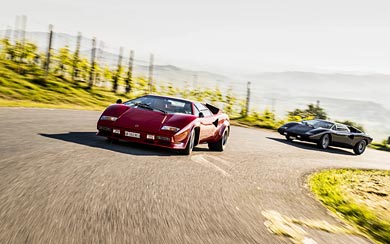 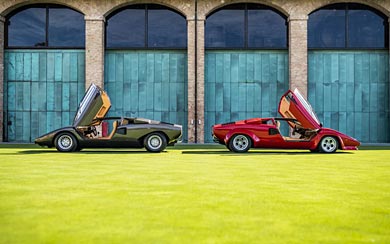 The Lamborghini Countach is a mid-engined supercar that was produced by Italian automaker Lamborghini from 1974 to 1990. Its design both pioneered and popularized the wedge-shaped, sharply angled look popular in many high-performance sports cars. The “cabin-forward” design concept, which pushes the passenger compartment forward in order to accommodate a larger engine, was also popularized by the Countach.

In 1981, a new LP 400S model was introduced. Though the engine was slightly downgraded from the LP 400 model (375 PS), the most radical changes were in the exterior, where the tires were replaced with much wider Pirelli P7 units, and fiberglass wheel arch extensions were added, giving the car the fundamental look it kept until the end of its production run. An optional V-shaped spoiler was available over the rear deck, which, while improving high-speed stability, reduced the top speed by at least 10 miles per hour (16 km/h). Most owners ordered the wing. The handling of the LP 400S was improved by the wider tires which made the car more stable in cornering. Aesthetically, some prefer the slick lines of the original while others prefer the more aggressive lines of the later models, beginning with the LP 400S. The standard emblems (“Lamborghini” and “Countach”) were kept at the rear, but an angular “S” emblem was added after the “Countach” on the right side.