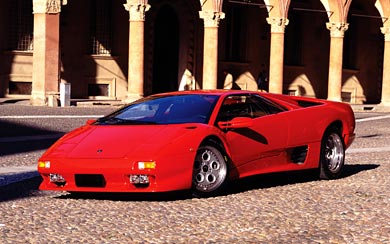 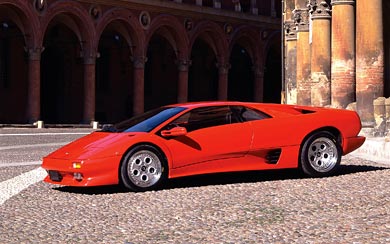 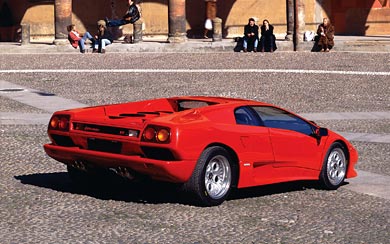 The Lamborghini Diablo (“Devil” in English) was a high-performance supercar built by Lamborghini of Italy between 1990 and 2001. After three years of making minor adjustments to the standard Diablo, Lamborghini decided in 1993 that a second, even more specialized version of the car could add new customers to the brand.

Starting with the basic Diablo platform, Lamborghini engineers added a viscous-coupling type all-wheel-drive system, an improved power steering system, resized front wheels and tires chosen to work better with the all-wheel-drive system, four-piston Brembo brake calipers, an updated dashboard design and a new computerized suspension system featuring aggressively tuned Koni shock absorbers. The suspension system could be left in “auto” mode where it was controlled entirely by the computer, or any of four separate “modes” could be manually selected by the driver via buttons in the cabin. The vehicle still lacked ABS brakes.

Lamborghini had presented an open-topped concept version of the VT (Viscous Traction) at the 1992 Geneva Auto Show alongside the coupé when the car debuted there, but it was another 3 years before the model saw production. Other than its removable Targa-style carbon fiber roof panel, the vehicle was essentially identical to the coupé, with only a few minor styling differences, mainly in regards to the tail lights between the two models.