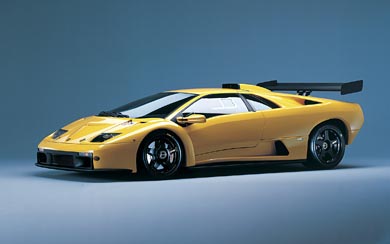 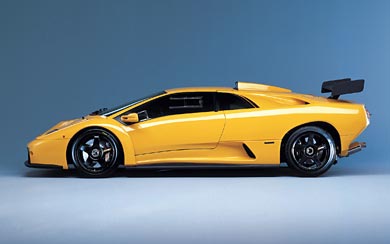 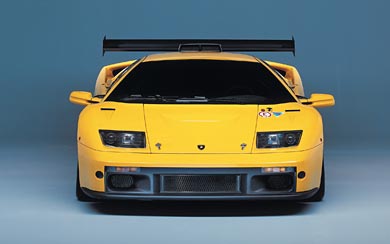 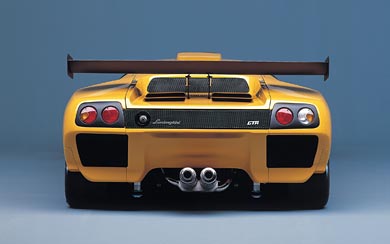 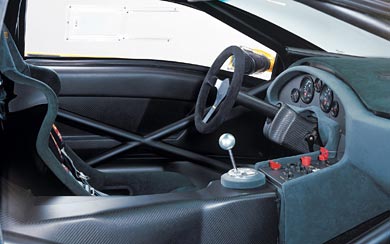 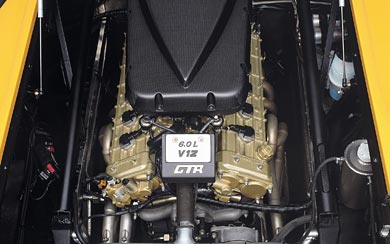 To meet the request of the passionate driver participating in the Lamborghini Supertrophy, the House of the Bull is presenting the Lamborghini Diablo GTR, a car based on the Diablo GT, the most powerful produced in series, that will set a new benchmark in the monomarque championships with an engine delivering no less than 590 hp.

The engine is basically the same V12, 6 litre, of the Diablo GT which thanks to the adoption of a specially tuned exhaust system, without catalyser, delivers 590 hp (575 in the GT model). The engine management system is based on the proprietary Lamborghini LIE electronic engine control system tuned for racing. Fuel injection is sequential multipoint and ignition is static with individual coils. Lamborghini Data Acquisition System, LDAS, and diagnostic functions are integrated in the engine electronic management system.