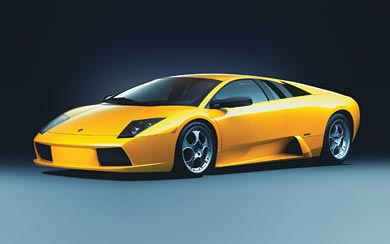 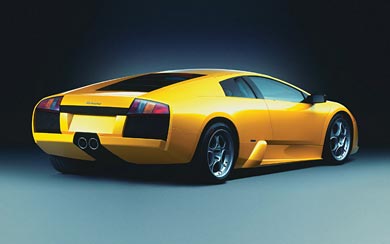 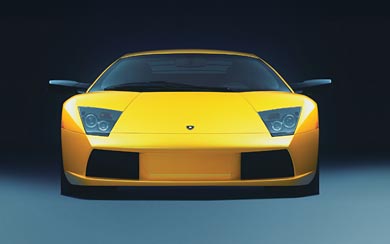 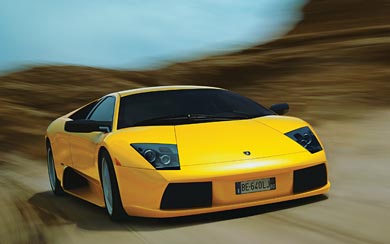 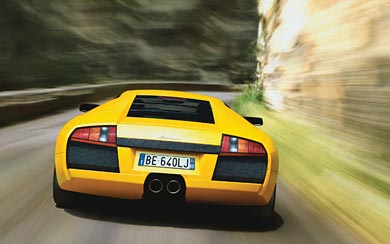 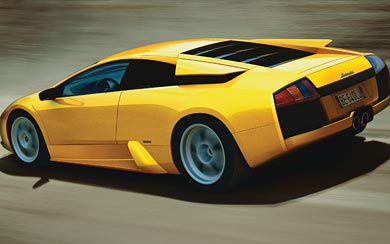 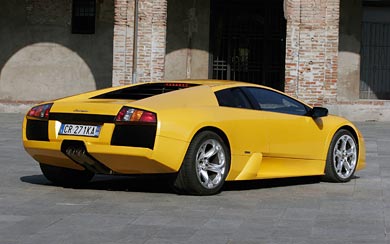 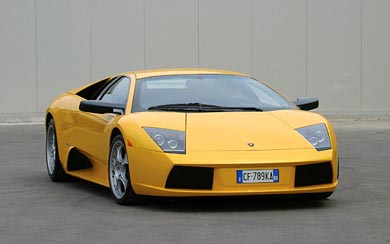 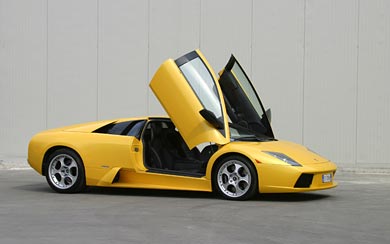 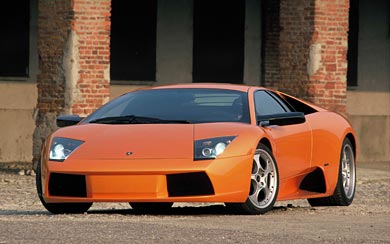 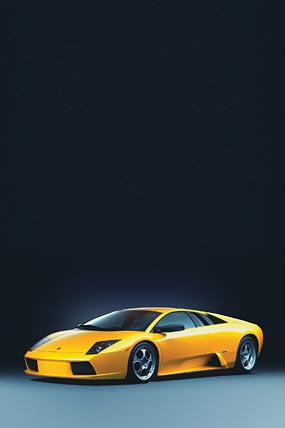 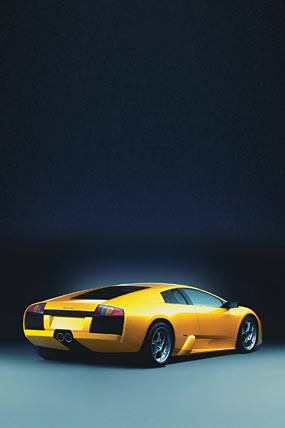 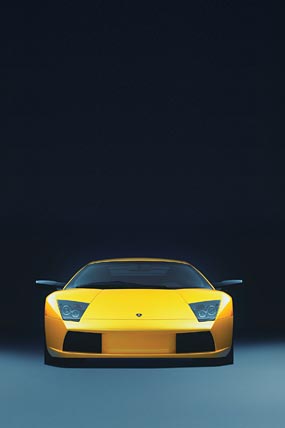 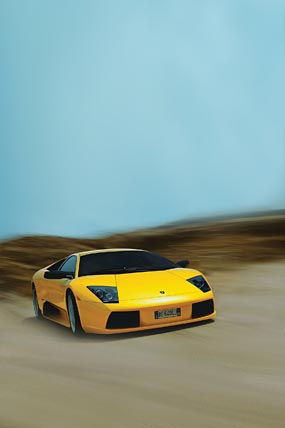 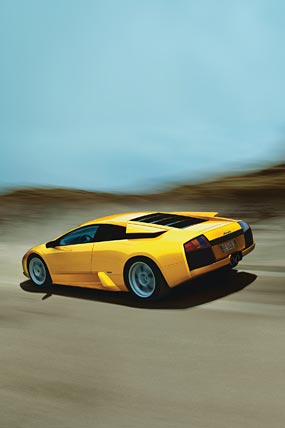 True to the tradition in which the bull has always been the symbol of the prestigious motorcar company founded by Ferruccio Lamborghini, the management at Automobili Lamborghini have decided to baptise the latest car in the noble line with the name of a fighting bull. And so, after a succession of names linked to the world of the corrida, such as Miura, Jslero, Urraco, Bravo, Jalpa and Espada (the latter being Spanish for sword, the weapon of the matador, and thus a symbol for the matador himself) we now have Murciélago, which coincidentally also means bat in Spanish.

The Lamborghini Murciélago is 2-seater, 2-door coupé (with the now familiar gull-wing doors) based on the traditional Lamborghini layout:  mid-mounted V12 engine, typical Lamborghini transmission with the gearbox mounted in front of the engine and the rear differential integrated into the engine unit, permanent four-wheel drive with central viscous coupler.

The Murciélago chassis has been stiffened considerably to achieve a torsional rigidity value in excess of 20,000 Nm/°.  The suspension design (independent double wishbones) represents the best possible solution for a high-performance GT and, again, is in keeping with Lamborghini tradition.  The external bodywork panels are made from carbon fibre, with the exception of the steel roof and door panels.