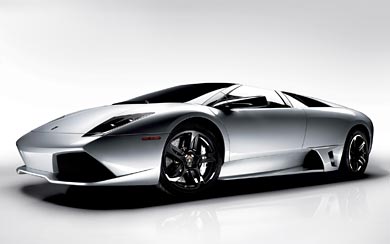 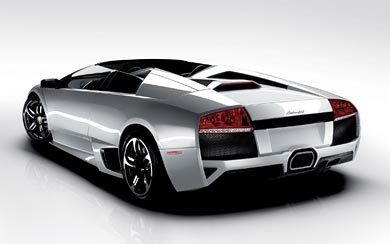 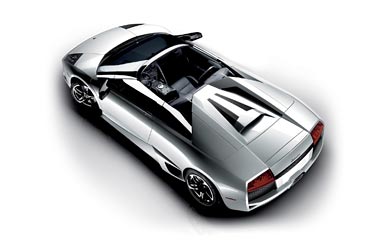 In their re-interpretation of the Roadster, the designers of the Lamborghini Centro Stile have remained true to the original style principles of purism, sportiness and functionality. As with the Coupé it has now assumed a more aggressive appearance, a substantial influence being the new front and rear bumpers. On the latter there is a new rear diffuser, in which the exhaust system is integrated within a tailpipe. The rear lights are also new, increasing the distinguishing features and making the Murciélago Roadster as unmistakable at night as in daylight.

In order to meet the increased thermal requirements of the engine, the engineers built a larger oil cooler. On the exterior this is illustrated by a larger air inlet on the left wing of the vehicle. The liquid cooler on the other hand remains unchanged with the Lamborghini VASC System (variable geometry air inlet system). Additional electronically controlled air scoops open according to the outside temperature and cool air requirement. This guarantees maximum aerodynamic efficiency.