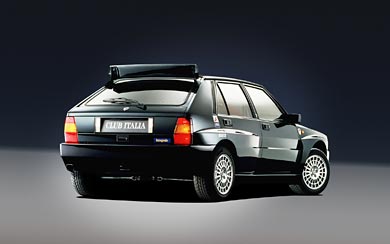 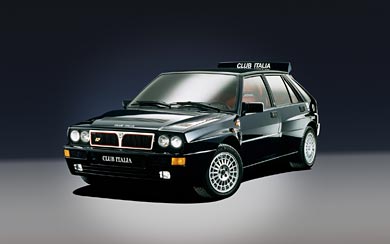 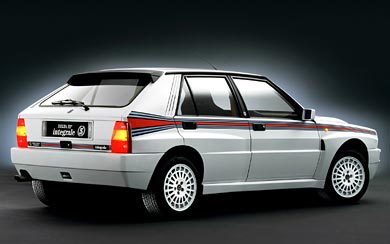 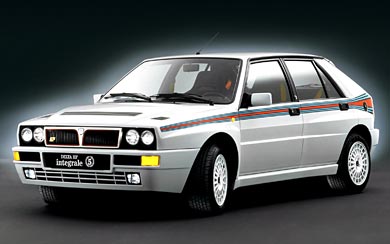 The first Evoluzione cars were built at the end of 1991 and through 1992. These were to be the final homologation cars for the Lancia Rally Team; the Catalytic Evoluzione II (below) was never rallied by the factory.

In order to improve the handling, the Evoluzione I had a wider track front and rear than earlier Deltas. In order to enclose this track in the bodywork, the wide arches were extended even further and in the process also became more rounded. The wings were now made in a single pressing, whereas previously they had been fabricated. The front strut top mounts were also raised, in the quest for more grip: this then necessitated a front strut brace to control the forces thus generated.

External changes included: new grilles in the front bumper to improve the air intake for engine compartment cooling; a redesigned bonnet (hood) with new lateral air slats to further assist underbonnet ventilation; an adjustable roof spoiler above the tailgate to assist in competition and to emphasise the cars sporty lines; new five-bolt (stud) wheels derived from the rally cars (stronger than the previous design); and finally, the rear of the car was changed with only one exhaust pipe now showing.