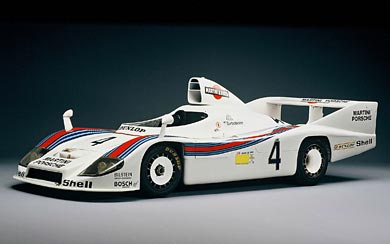 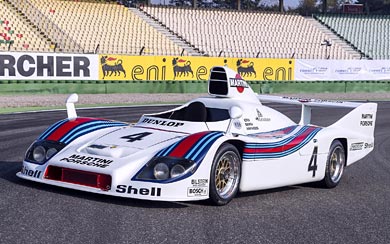 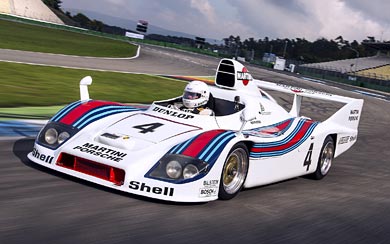 The Porsche 936 was a racing car introduced in 1976 by Porsche as a delayed successor to the 917, a five litre sportscar prototype; and the 908, a three litre sportscar prototype, both of which were retired by the factory after 1971. Its name came from using a variant of the Porsche 930’s turbocharged engine, as well as competing in Group 6 racing.

It was built to compete in the World Sportscar Championship as well as at 1976 24 Hours of Le Mans under the Group 6 formula, which it won both of. Chassis 002 with #20 won with Jacky Ickx and Gijs van Lennep won Le Mans, while the #18 chassis 001 of Reinhold Joest and Jürgen Barth had engine failure. It shared these victories with its production-based sibling, the Porsche 935 which won in Group 5. The open top, two seater spyder was powered by an air-cooled, two-valve 540 hp (403 kW) single-turbocharger flat-6 engine with 2140 cc, or the equivalent of 3000 cc including the 1.4 handicap factor. The spaceframe chassis was based on the 917, with many of the parts also coming from the car. In the first outings, the Martini Racing car was still black, and the engine cover behind the roll bar was flat. The large hump and the air box above the engine was fitted onto the car later in the season. It is not for the air intake of the turbocharged engine, nor for cooling of the air-cooled engine itself, but instead mainly used for the intercooler.