Download Toyota LMP car wallpapers in HD for your desktop, phone or tablet. All images belong to their respective owners and are free for personal use only. 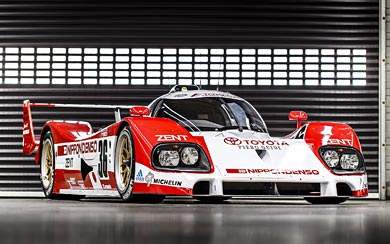 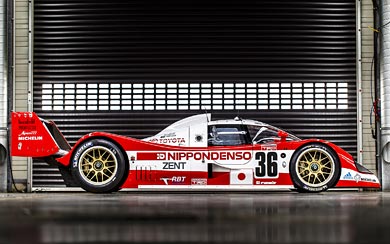 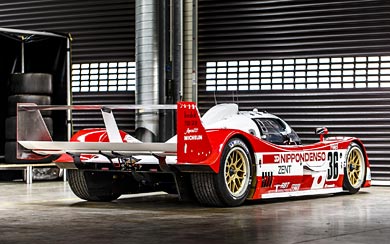 Due to rule changes in the World Sportscar Championship for 1992, Toyota was forced to replace their previous series of Group C sportscars, known as C-V, which used the R36V 3.6L twin turbocharged V8. The new rules required a standardized 3.5L naturally aspirated V10. Thus in 1991 Toyota completed their RV10 engines and began early testing.

Due to the change in engines, a whole new chassis was also necessary in order to better handle the new V10. Former Tom Walkinshaw Racing designer Tony Southgate was in charge of designing the car that became the TS010, featuring a more aerodynamic and longer body then the C-V series of sportscars. TS010 #002 would be completed towards the end of 1991, and Toyota chose to debut the car at the final round of the 1991 WSC season at Autopolis. The car, driven by Britons Geoff Lees and Andy Wallace and run by half English, half Japanese squad Tom’s, finished 6th overall, only three laps behind the winning Mercedes-Benz.