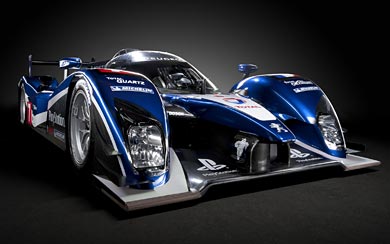 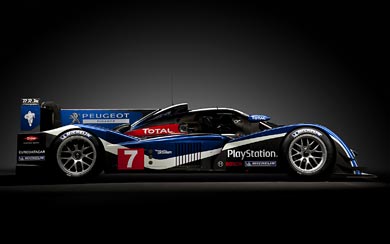 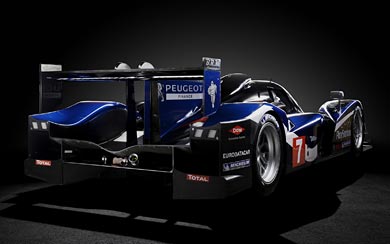 The 908’s first competitive outing was at the 2011 Sebring 12 Hours. The new cars faced competition from the older Audi R15+ and the old Oreca 908 HDi FAP. Both Peugeots ran at the front, building a 2-second gap per lap over the Audi but relentless safety car periods cut their lead over time. Marc Gene then shoved the car to the inside of Capello in turn 17. Both cars spun but only Gene hit the barrier and suffered a suspension failure. The #8 led for a while until a slow pit stop and a spin by Lamy threw them back to third. The Peugeots finished 3rd and 8th.

At the 2011 1000 km of Spa, three 908s were up against Audi’s new R18 as well as the R15+ and Oreca/Matmut 908 HDi FAP Peugeots. After a disastrous qualifying session leaving only one 908 in the top ten, they quickly got to the front of the field during the first laps, and soon were running 1-2-3 after the R18s were running into technical issues. After an off by the third placed 908 piloted by Pedro Lamy, Tom Kristensen’s R18 took its position. Following damage to the engine cover of the R18, the Peugeots regained the podium positions, but a front suspension failure half an hour before the end of the race led to a nine-minute pit-stop and a drop into position eight. Nonetheless this same car achieved the fastest lap of the event at 2:03.699.

At Le Mans the three Peugeot 908s were able to battle Audi for the lead of the race. Aided by fewer pit stops Peugeot remained on the same lap as the lead Audi, but failed to catch the leader in the final hour, the No. 9 Peugeot crossing the finish line thirteen seconds behind the race winner.