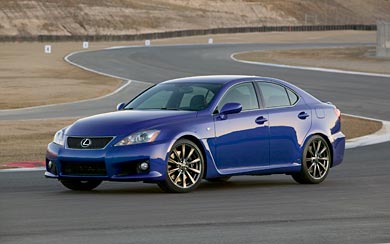 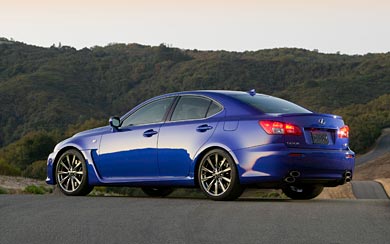 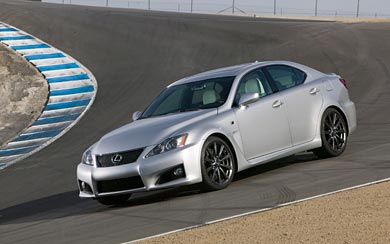 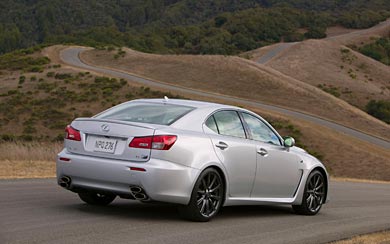 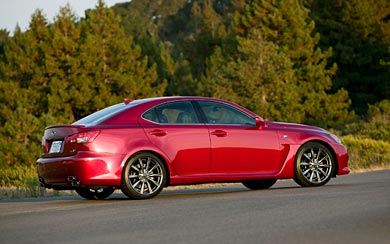 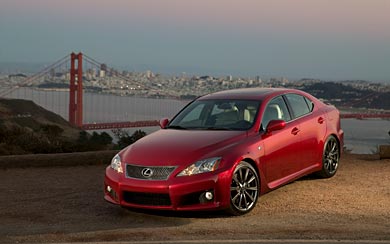 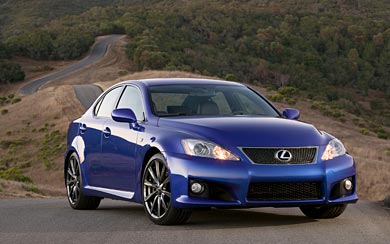 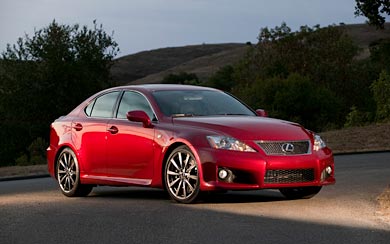 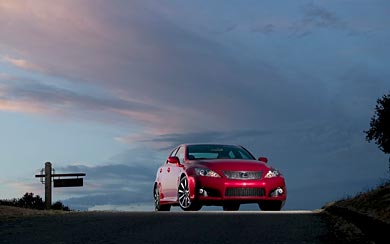 Much of the development of the new IS-F took place at Fuji Speedway and the Higashi-Fuji Technical Center in Japan. The IS-F is based on the proven rear-wheel-drive Lexus IS, which is equipped with a double-wishbone front and multi-link rear suspension. As well as the IS performs, Lexus engineers demanded much more of the all-new IS-F. The result is a performance tuned 5.0-liter V8 engine, topped with specially engineered heads fed by a two-stage intake system, that produces 400-plus horsepower and more than 350 ft.-lbs. of torque. The all-new IS-F is equipped with engine-oil and transmission-fluid coolers for high-speed performance and a cylinder head-scavenging oil pump for high g-force driving.

The IS-F engine is mated to the world’s first eight-speed direct sport-shift transmission. A new torque-converter lock-up control was developed that allows for a direct, crisp gear change through the constant lock-up of the torque converter in second through eighth gears. In Drive mode, the IS-F transmission performs with great smoothness, and the torque converter allows for great launch ability for fast standing-start acceleration that will register a zero-to-60 time in less than 4.9 seconds.