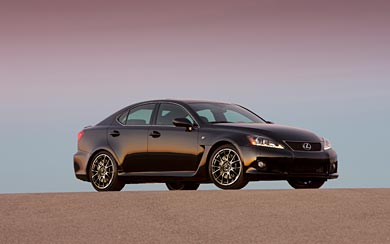 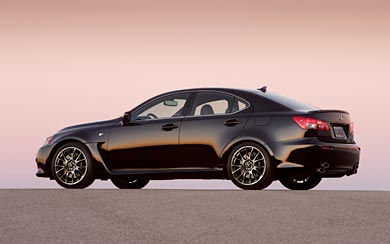 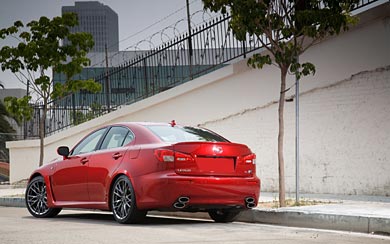 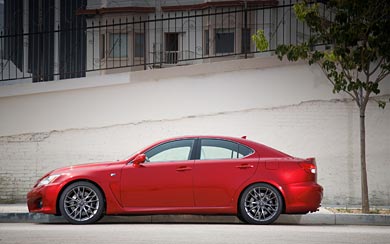 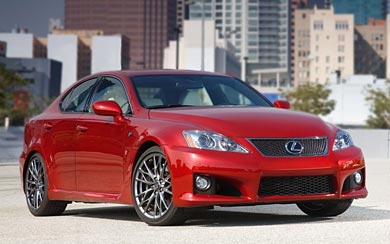 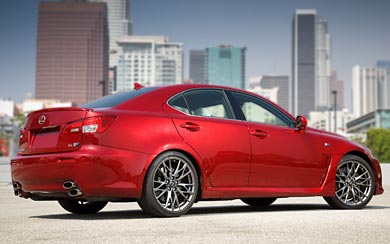 Much of the development of the new IS-F took place at Fuji Speedway and the Higashi-Fuji Technical Center in Japan. The IS-F is based on the proven rear-wheel-drive Lexus IS, which is equipped with a double-wishbone front and multi-link rear suspension. As well as the IS performs, Lexus engineers demanded much more of the all-new IS-F. The result is a performance tuned 5.0-liter V8 engine, topped with specially engineered heads fed by a two-stage intake system, that produces 400-plus horsepower and more than 350 ft.-lbs. of torque. The all-new IS-F is equipped with engine-oil and transmission-fluid coolers for high-speed performance and a cylinder head-scavenging oil pump for high g-force driving.

The attention to performance is complemented by modified styling cues that differentiate the IS-F from the standard IS. Lexus engineers provided the IS-F with a dual-exhaust system and quad-tail pipes, wider front fenders, and a larger grille and rear spoiler. Both the hood and lower intake were enlarged to accommodate and cool the V8 engine.

“The intent of creating the IS-F was not to be a competitor to other performance-sport sedans,” said Carter. “Rather, the goal was to create a true performance sedan in a uniquely Lexus way-one that is totally authentic with a unique interpretation of raw driving thrill at all speeds and provides a whole new definition of ‘usable power.'”