Download Lexus LC Convertible Concept car wallpapers in 4K for your desktop, phone or tablet. All images belong to their respective owners and are free for personal use only. 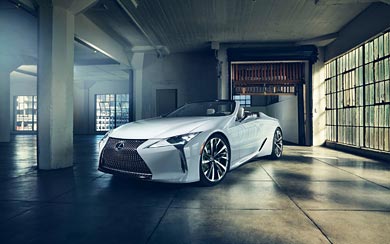 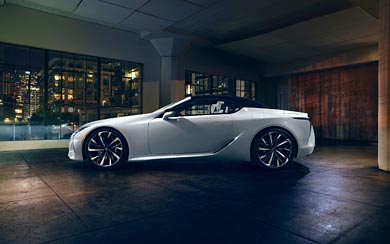 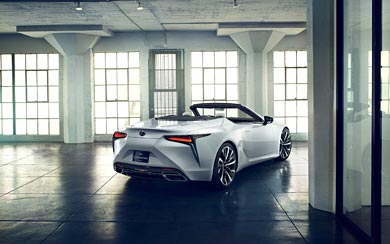 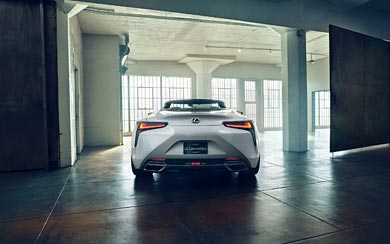 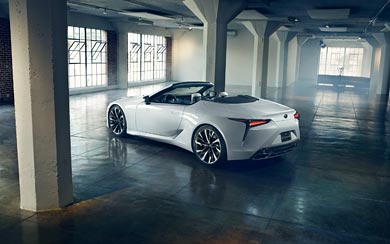 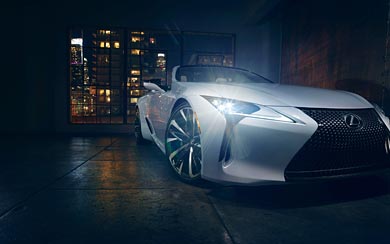 The Lexus LC Convertible Concept previews the upcoming Lexus LC 500 Convertible, a sleek looking GT car ready to compete with the likes of BMW’s 8-Series. Back in 2016 Lexus revealed the LC Coupe Concept at the North American International Auto Show (NAIAS) in Detroit. That car essentially went on to become the LExus LC 500 the following year. Now the convertible variant has arrived with a strong likelihood of a very similar path being followed.

When the production model arrives the likely powertrain choices would mirror or be very close to that of the LC 500. That means the choice of a 500 hp 5.0L naturally-aspirated V8, or the hybrid setup of a 3.5L V6 coupled with 2 electric motors for a total of 354 hp.

“A production version of this concept would be exhilarating in many different ways. You would see its dynamic lines as you approach, hear its engine when you started it up and feel everything around you once on the road. It would engage the senses in a way that is unique and exciting every time you got behind the wheel,” said Mori-san.