Download Maserati Mistral car wallpapers in 4K for your desktop, phone or tablet. All images belong to their respective owners and are free for personal use only. 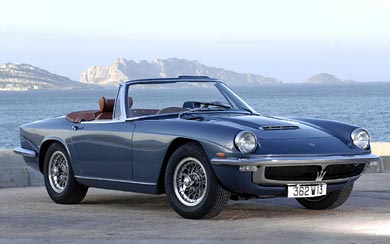 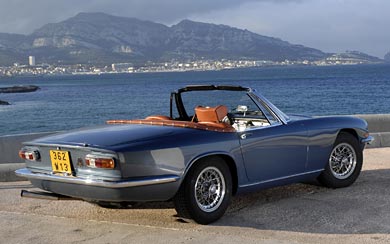 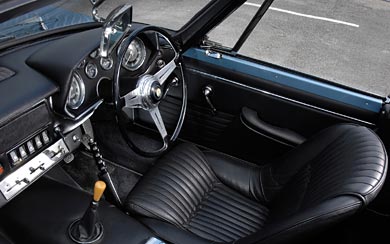 The Maserati Mistral (Tipo 109), named after a cold northerly wind of southern France, was the successor to the iconic 3500 GT, it was also the first in a series of classic Maseratis to be given the name of a wind. It was offered both in Coupe and Spyder form. 828 coupés and 125 spyders were built in total. Maggiora of Turin supplied both bodies under contract.

The Mistral is the last model from the “Casa del Tridente” or “House of the Trident” to have the famous straight six cylinder, twin-spark, double overhead cam engine, as fitted to the Maserati 250F Grand Prix cars that won 8 Grand Prix between 1954 and 1960 and one F1 World Championship in 1957 driven by Juan Manuel Fangio. The engine also featured hemispherical combustion chambers and was fed by a Lucas indirect fuel injection system which was novelty at the time for Italian car manufacturers. Although the Lucas fuel injection system enhances performance, quite a few owners, especially in the U.S. have converted their cars to Weber carburetors due to difficulties in tuning the system properly. Maserati subsequently moved on to V8 engines for their later production cars. There were three engine variants fitted to the Mistral; 3500, 3700 and 4,000 cc. The most sought after derivative is the 4000 cc model. Only the earliest of the Mistrals were equipped with the 3500 cc engine.