Download Maserati Tipo car wallpapers in 4K for your desktop, phone or tablet. All images belong to their respective owners and are free for personal use only. 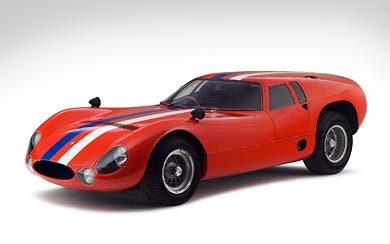 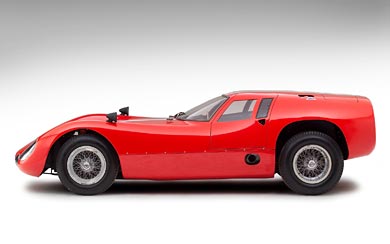 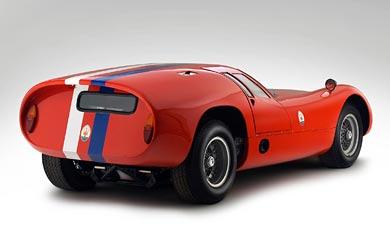 The Maserati Tipo 151 marked a return to more traditional concepts of car design and used a frame comprising a trellis of both round and oval large tubes, an independent front suspension and a De Dion axle which had many similarities to that used on the Type 64 completed a month or so before. The engine was derived from the 450S with a reduced displacement of just under 4.0 Litres. Giulio Alfieri designed the body shape and refined it using a wind tunnel at Milan University. The body was reminiscent of the Frank Costin designed Zagato bodied 450S, but with an accentuated Kamm tail.

The Maserati France car was sent to the factory for revision for the 1963 Le Mans event. Improvements included a new engine, the standard production 4941 cc motor derived from the 5000GT but with single ignition and Lucas indirect injection, but now producing 430 bhp (321 kW) and now renumbered as 151/2.

The Maserati France team car again came back to the factory in preparation for 1964 when there was a massive change to the frame, the mechanicals and the body. Now designated 151/3 and jokingly called the ‘racing van’ for its unique new body design by Pierre Drogo, the engine was unchanged in size but the frame was modified to mount the engine lower in the chassis – also to increase the wheelbase and track width.