Download Maserati Boomerang Concept car wallpapers in 4K for your desktop, phone or tablet. All images belong to their respective owners and are free for personal use only. 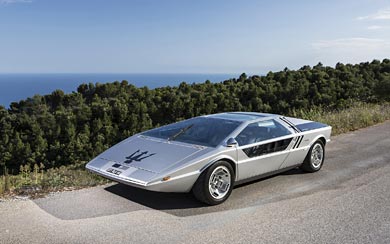 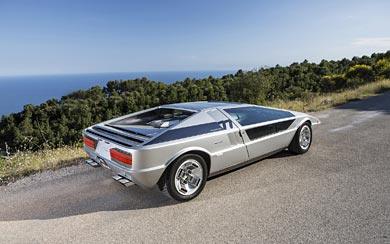 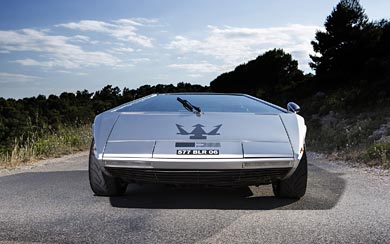 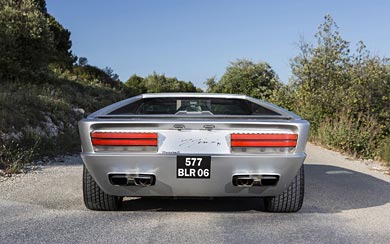 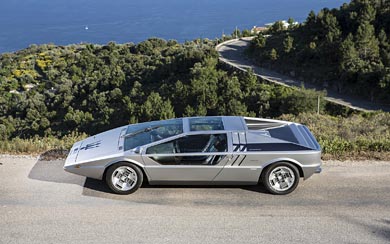 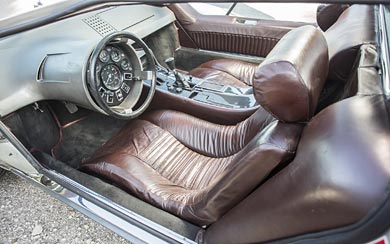 The Maserati Boomerang was a concept car designed by Giorgetto Giugiaro. It was first revealed at the Turin Auto Show in 1971 as a non-functional model, but by the time the 1972 Geneva Auto Show came around the company had worked it into a fully functional vehicle.

The design of the Boomerang would resonate through Giugiaro’s future designs for many years. Its sharp angles and wedge shape could be easily seen in the VW Golf 1, VW Passat, Lancia Delta, Maserati Quattroporte III, Lotus Esprit, and the De Lorean DMC-12. Powered by a 310 bhp (230 kW) 4.7L V8 engine driving the rear wheels, 5 speed manual transmission, and having a fully decked out interior. With a unique dashboard layout where the steering wheel and gauge cluster are part of a single console that emerges from the dash, and the steering wheel rotates around the stationary gauges.

The Boomerang was fully registered as a road car, but it was always intended as a one-off show car. It was shown in dozens of places, and after the 1974 auto show in Barcelona it was sold to a private individual. In 1990, it was shown at the Bagatelle Concours in Paris, 1993 Concours Italiana, Carmel (Calf.) and Pebble Beach, with a new owner and some restoration work had also been done.