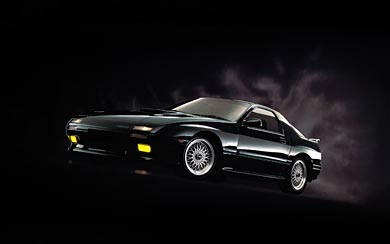 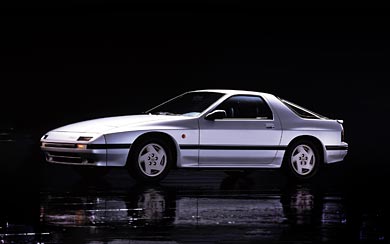 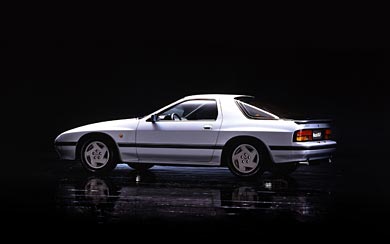 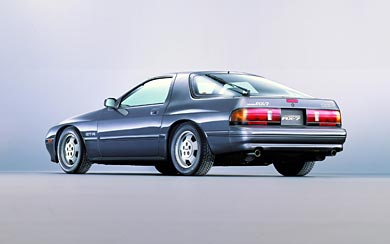 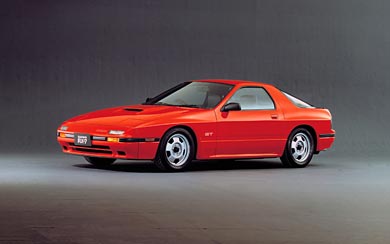 The second generation FC RX-7, still known as the Savanna RX-7 in Japan, featured a complete restyling reminiscent of the Porsche 944 or Porsche 924. Mazda’s stylists, led by Chief Project Engineer Akio Uchiyama, focused on the Porsche 944 for their inspiration in designing the FC because the new car was being styled primarily for the American market, where the majority of first generation RX-7’s had been sold. This strategy was chosen after Uchiyama and others on the design team spent time in the United States studying owners of earlier RX-7’s and other sports cars popular in the American market. The Porsche 944 was selling particularly well at the time and provided clues as to what sports-car enthusiasts might find compelling in future RX-7 styling and equipment.

While the SA22/FB was a purer sports car, the FC tended toward the softer sport-tourer trends of its day. Handling was much improved, with less of the oversteer tendencies of the FB. The rear end design was vastly improved from the FB’s live rear axle to a more modern, Independent Rear Suspension. Steering was more precise, with rack and pinion steering replacing the old recirculating ball steering of the FB. Mazda also introduced Dynamic Tracking Suspension System (DTSS) in the 2nd generation RX-7. The DTSS worked by allowing a slight amount of toe-out under normal driving conditions but induced slight toe-in under heavier cornering loads at around 0.5 G’s or more; toe-out in the rear allows for a more responsive rotation of the rear, but toe-in allowed for a more stable rear under heavier cornering. Mazda also introduced Auto Adjusting Suspension (AAS) in the 2nd generation RX-7. The system changed damping characteristics according to the road and driving conditions. The system compensated for camber changes and provided anti-dive and anti-squat effects.