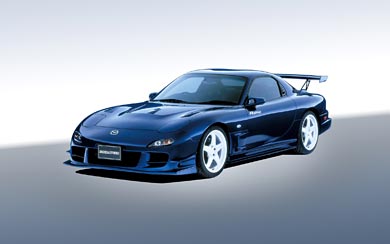 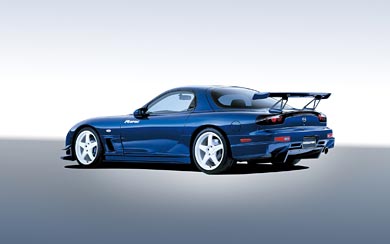 Handling in the FD RX-7 was regarded as world-class, and it is still regarded as being one of the finest handling and best balanced cars of all time. The continued use of the front-midship engine and drivetrain layout, combined with an 50:50 front-rear weight distribution ratio and low center of gravity made the FD a very competent car at the limits.

Australia had a special high-performance version of the RX-7 in 1995, dubbed the RX-7 SP. This model was developed as a homologated road-going version of the factory race cars used in the 12hr endurance races held at Bathurst, New South Wales, beginning in 1991 for the 1995 event held at Eastern Creek, Sydney, New South Wales. An initial run of 25 were made, and later an extra 10 were built by Mazda due to demand. The RX-7 SP produced 204 kW / 274 hp) and 357 N·m (263 lb·ft) of torque, compared to the 176 kW / 236 hp) and 294 N·m (217 lb·ft) of the standard version. Other changes included a race developed carbon fibre nose cone and rear spoiler, a carbon fibre 120 L fuel tank (as opposed to the 76 L tank in the standard car), a 4.3:1-ratio rear differential, 17-inch wheels, larger brake rotors and calipers. An improved intercooler, exhaust, and modified ECU were also included. Weight was reduced significantly with the aid of further carbon fibre usage including lightweight vented bonnet and Recaro seats to reduce weight to just 1218 kg / from 1310 kg). It was a serious road going race car that matched their rival Porsche 911 RS CS for the final year Mazda officially entered. The formula paid off when the RX-7 SP won the title, giving Mazda the winning 12hr trophy for a fourth straight year.