Download Mazda Shinari Concept car wallpapers in HD for your desktop, phone or tablet. All images belong to their respective owners and are free for personal use only. 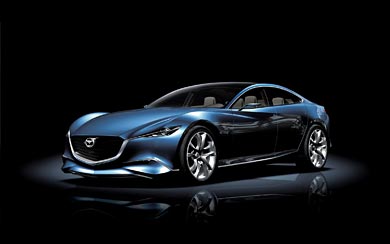 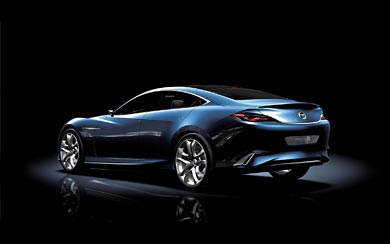 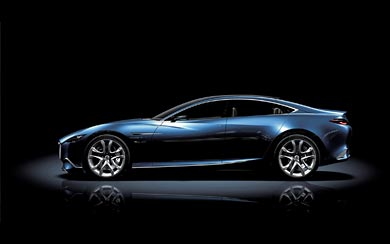 The Mazda SHINARI is a pure design concept model of a four-door, four-seater sports coupe which perfectly expresses the ‘KODO – Soul of Motion’ design theme in a graceful and carefree form.

The Japanese word shinari describes the powerful yet supple appearance of great resilient force when objects of high tensile strength, such as steel or bamboo, are twisted or bent. It also refers to the appearance of a person or animal as it flexibly transforms its body to generate a fast movement. Within this movement, Mazda designers discovered the potential to realize ‘KODO – Soul of Motion’.

One glance at SHINARI stirs the emotions. Its form expresses the powerful movement of a lean body with highly developed muscles, supple but at the same time filled with tension. Mazda’s desire is to reach car lovers’ hearts and go beyond the notion of rational logic. This form purely embodies that desire.