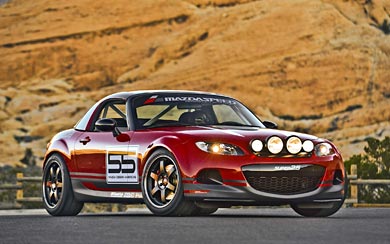 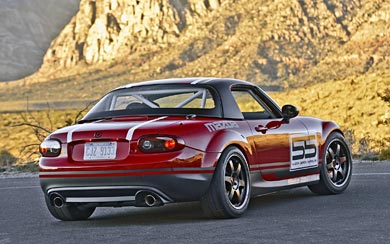 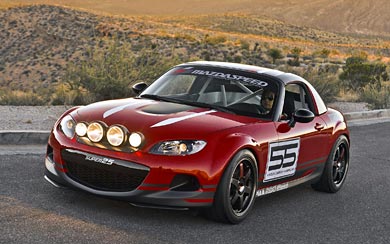 The Mazda MX-5 Super 25 dives deeper into the spirit of Mazda’s motorsports DNA and goes beyond the short-track prowess of the Super 20, the previous MX-5 concept vehicle built for SEMA. Unlike its predecessor – which was loud, proud and boisterous with its bursts of turbocharged energy – the Super 25 was crafted with endurance racing in mind.

Known for its commanding number of grassroots motorsports racers, the MX-5 Miata is the epitome of a light and limber sports car that won’t burn a hole through an enthusiast’s pocket. With such a dependable starting point from which to build, the MX-5 was an optimal choice for creating a concept with the ability to handle such long-distance, weary-heavy racing. Outfitted with a multitude of racing-inspired exterior features coupled with Mazda Design-created interior touches, the Super 25 is labeled with the quick-to-motivate “55” racing number. A significant figure in the history of Mazda Motorsports, the distinction is a tribute to the brand’s historic 1991 24 Hours of Le Mans win that made Mazda the first (and still the only) Japanese manufacturer to ever be named champion.