Download Mazda6 car wallpapers in HD for your desktop, phone or tablet. All images belong to their respective owners and are free for personal use only. 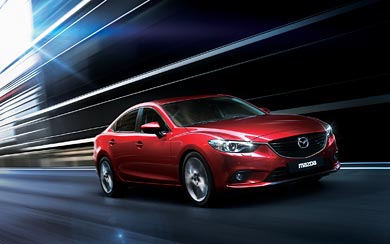 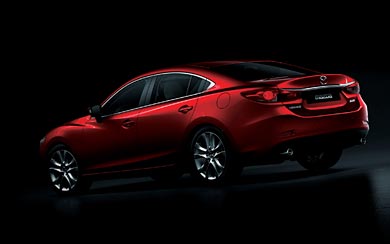 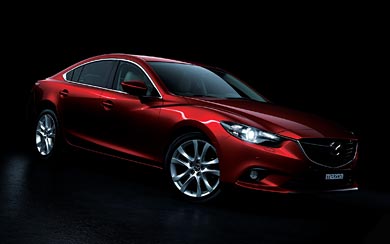 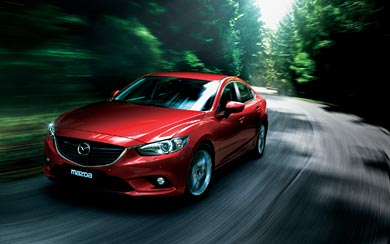 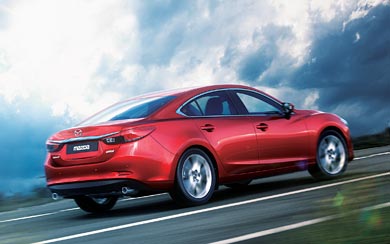 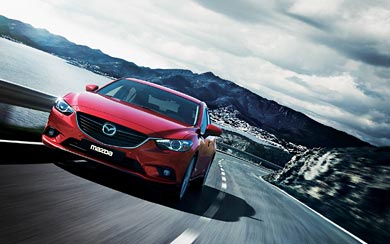 Mazda premieres the completely redesigned Mazda 6 at 2012 Moscow Motor Show. Following on from the Mazda CX-5, the all-new Mazda 6 is the second of a new generation of Mazda vehicles which adopt the full range of SKYACTIV technology and the "KODO - Soul of Motion" design language. Mazda has consistently strived to provide stylish, insightful and spirited cars and the new generation vehicles also offer outstanding environmental performance.

Mazda's environmental technology development is directed by its Building Block Strategy which first calls for thorough improvements in the base automotive technologies. The next step builds on these improvements with the sequential introduction of electric devices designed to improve fuel economy. The first such device was the i-stop idling stop system introduced in 2009 with the Mazda 3. The second device, which makes its debut with the new Mazda 6 is i-ELOOP, Mazda's unique brake energy regeneration system which begins charging a capacitor the moment the driver takes his foot off the accelerator. Electricity stored in the capacitor can then be used to power electric components throughout the car. In freeing the engine from much of the duty of providing electricity to these components, more fuel energy goes directly to powering the car resulting in further improvements in fuel economy.