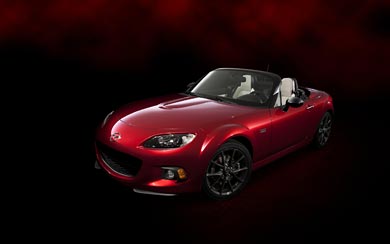 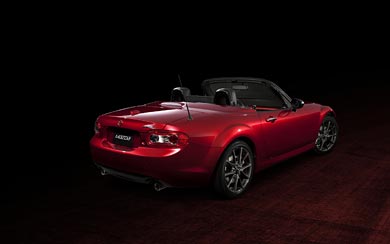 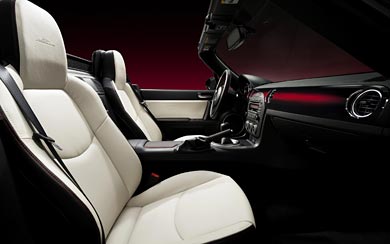 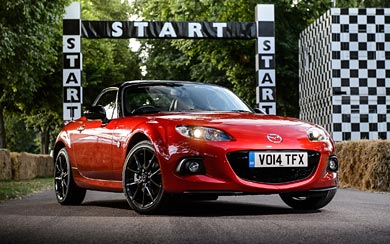 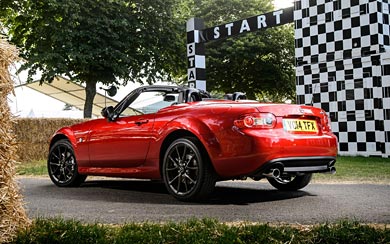 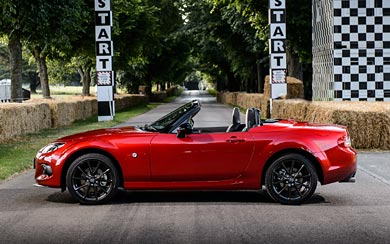 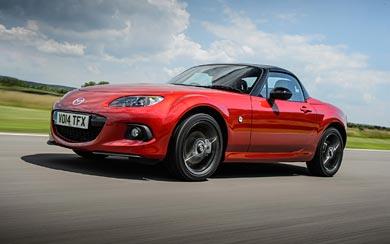 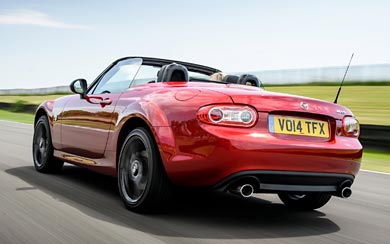 Mazda unveils the Mazda MX-5 25th Anniversary Edition at the 2014 New York International Auto Show, celebrating the introduction a quarter of a century ago of what would become the most popular roadster in history. The unconventional Japanese carmaker is also exhibiting the newly developed SKYACTIV-Chassis that will underpin the next-generation MX-5.

The MX-5 is the model that best symbolises Mazda’s carmaking philosophy. Initially launched in 1989, the little roadster has consistently offered the kind of fun only a lightweight sports car can, winning a diversity of fans in terms of culture, geography and demography. More than 940,000 MX-5s have been produced over three generations, and it continues to hold the Guinness World Record for best selling two-seater sports car.

The Mazda MX-5 25th Anniversary Edition brings together two-and-a-half decades of fun. Based on the existing retractable hard top model with six-speed manual or automatic transmission, it features Bilstein shock absorbers along with a Soul Red Metallic exterior accented with a black roof, A-pillars and side mirrors. The interior, meanwhile, comes in off-white leather upholstery and door trim along with a hand-finished decorative panel.