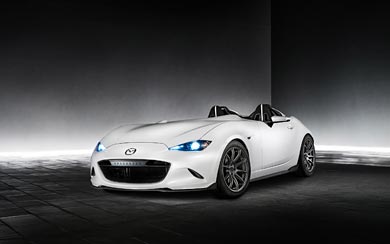 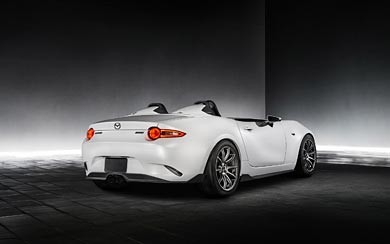 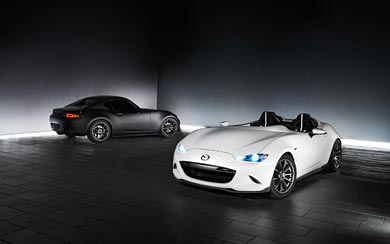 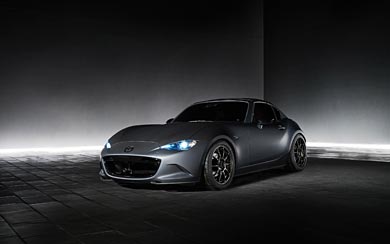 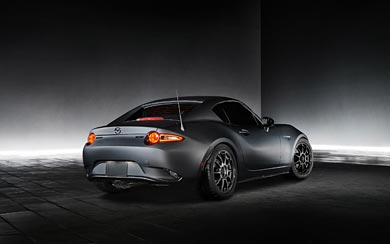 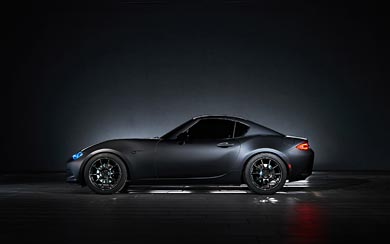 Mazda North American Operations (MNAO) is no stranger to the Specialty Equipment Marketing Association (SEMA) Show in Las Vegas, Nevada, providing its designers the opportunity to let their imaginations run wild to create some truly stunning dream cars. 2016 proves no different with its two concepts: the lighter, more ruthlessly efficient MX-5 Miata Speedster Evolution and the stealth-like MX-5 RF Kuro, based on the 2017 MX-5 RF retractable fastback that will be going on sale in early 2017 in the U.S.

“With MX-5 Speedster Evolution, our goal was to further deliver the essence of what MX-5 has represented for the past 27 years-lightweight engineering and pure driving joy,” said Saward, who also owns and races a Spec Miata. “In the future, we might see if there is anywhere else we could take out weight.

Joining MX-5 Speedster Evolution on the Mazda stand is a new concept based on the 2017 MX-5 RF that will be going on sale in early 2017. Called Mazda MX-5 RF Kuro, it is a car that also adopts much of the MX-5 Global Cup technology but in a much more street-focused package. Mazda MX-5 RF Kuro also shares its adjustable suspension with the MX-5 Global Cup racecar as well as its Brembo dual-piston front brake calipers. It is painted Satin Black Metallic, a semi-matte black metallic color.

“We wanted to give MX-5 RF Kuro a stealth look to complement its sleek profile, providing subtlety and purpose,” said Saward. “As we move our brand in a direction we call ‘Mazda Premium,’ we want to embrace our longstanding motorsports heritage and reach forward with breathtaking designs like the MX-5 RF.”