Download Mercedes 190E car wallpapers in 4K for your desktop, phone or tablet. All images belong to their respective owners and are free for personal use only. 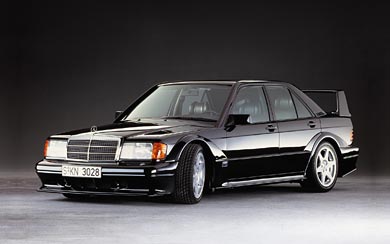 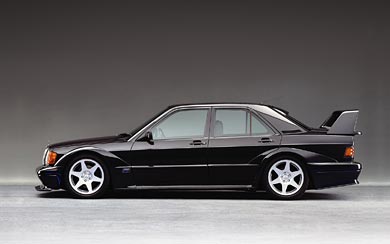 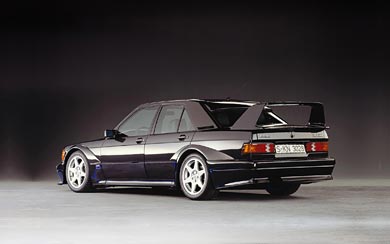 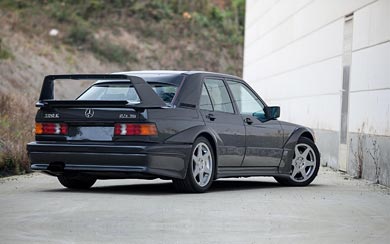 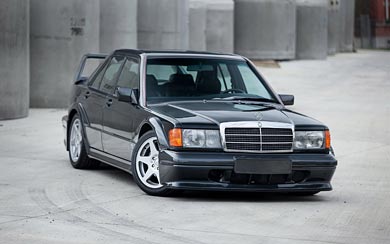 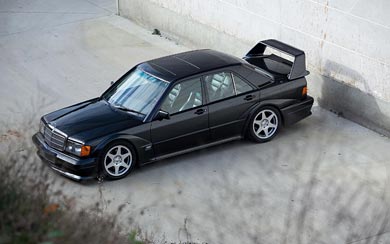 The “Evo II” included the AMG PowerPack fitted to the same short-stroke 2.5 engine as the Evolution, as well as a full SLS suspension allowing vehicle ride height to be adjusted from an interior switch. An obvious modification to the Evolution II is a radical body kit (designed by Prof. Richard Eppler from the University of Stuttgart) with a large adjustable rear wing, rear window spoiler, and Evolution II 17-inch wheels. The kit served an aerodynamic purpose — it was wind tunnel tested to reduce drag to 0.29, while at the same time increasing downforce. Period anecdotes tell of a BMW executive who was quoted as saying “if that rear wing works, we’ll have to redesign our wind tunnel.” The anecdote claims that BMW did.

It is clear that these cars are now extremely rare in the collectors cars market place. Very few, if any have returned for resale in Europe as these cars are now clearly in the hands of long term collectors or are in personal storage. Of interesting fact is that a significant number of Evolution II cars were privately imported to Japan and that these cars appear to be the only units available for trade as of lately. Latest appearance in USS Tokyo auction group resulted in a wholesale price at 4,050,000 yen for a 65,000 km pristine example and this car was the third of its kind to appear in the 2010 to 2011.