Download Mercedes Style Coupe Concept car wallpapers in 4K for your desktop, phone or tablet. All images belong to their respective owners and are free for personal use only. 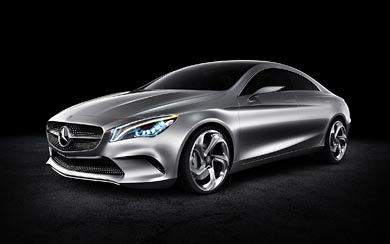 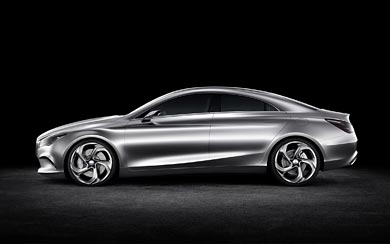 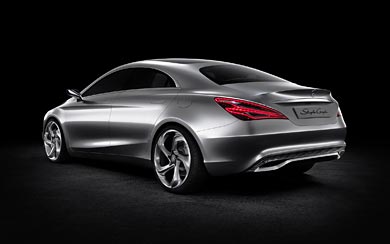 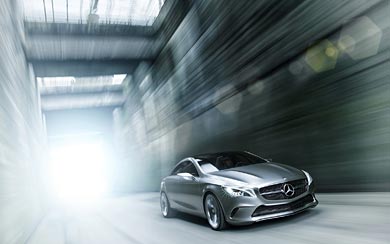 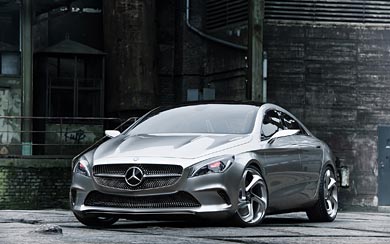 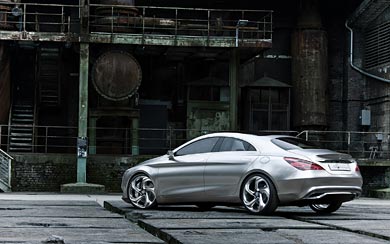 The heartbeat of a new generation grows stronger all the time: with its Concept Style Coupé, appearing at the 2012 Auto China, Mercedes-Benz will be making a convincing statement in favour of avantgarde design in the sporty executive coupé segment.

The four-door coupé is a rebel when it comes to style: nonconformist, provocative and masculine. Technical highlights include its striking headlamp design featuring innovative indicators, the new four-cylinder turbocharged petrol engine with 155 kW / 211 hp) and the all-wheel drive system 4MATIC.

Its breathtakingly sporty proportions and powerfully dynamic design idiom, featuring the interplay between concave and convex surfaces that is so typical for Mercedes, give this four-door coupé its unmistakable look. Among its most striking features are the way the bonnet with its powerdomes is set right into the front end assembly, as well as its diamond-look grille, which follows through on design cues set by the Concept A-Class. The paint finish of the concept vehicle is in Alubeam – a colour that helps to emphasise the sculptural quality of its lines.