Download Mercedes CLA car wallpapers in 4K for your desktop, phone or tablet. All images belong to their respective owners and are free for personal use only. 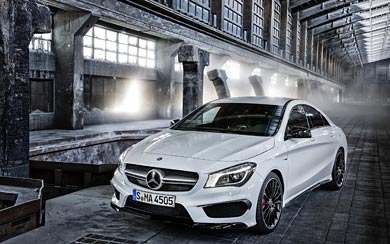 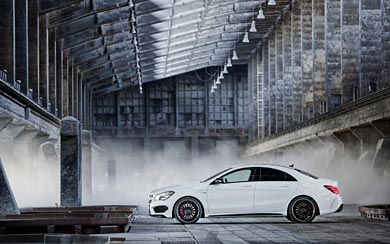 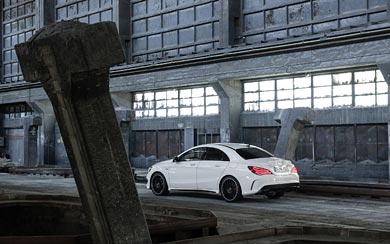 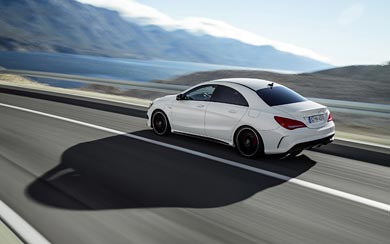 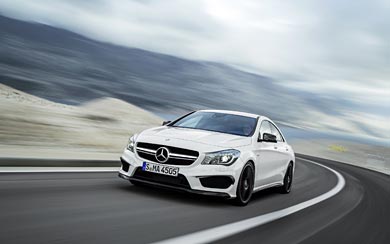 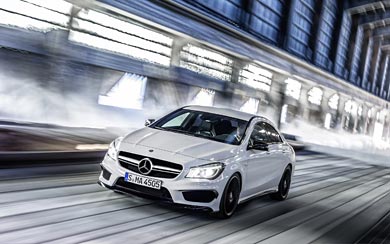 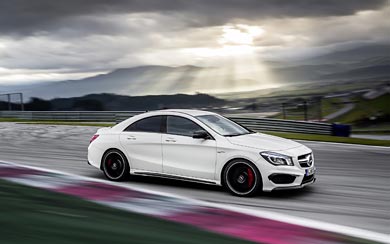 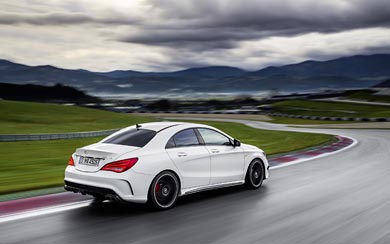 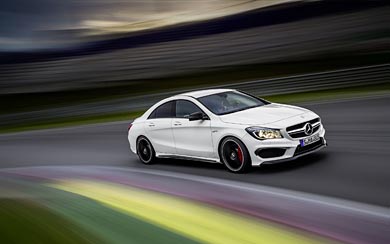 Mercedes-AMG kicks off the automotive spring of 2013 in dynamic style as the CLA45 AMG celebrates its world premiere at the 2013 New York International Auto Show. The philosophy behind this four-door mid-series coupé matches that of the successful CLS 63 AMG, the trendsetter among four-door high-performance coupés. A glance at this high-tech package suffices to show that the CLA45 AMG also has all the typical DNA to make it a perfect representative of the AMG’s Driving Performance brand claim: with a peak output of 265 kW / 360 hp and maximum torque of 450 Newton metres, its turbocharged engine is not only the most powerful four-cylinder unit in series production anywhere in the world but also a highly efficient one that meets the EU6 emissions standard. The performance-oriented AMG 4MATIC all-wheel drive of the CLA45 AMG similarly sets a new benchmark in its competitive segment.

The new four-door high-performance coupé offers an exceptional combination of an excitingly sporty driving experience, extravagant design and exclusive individuality. With the CLA45 AMG Mercedes-AMG is establishing a completely new segment – as it did previously with the CLS 63 AMG Shooting Brake (2012) and the CLS 55 AMG (2004). At the time of their launch, neither of these AMG models had any direct rivals, but went on to inspire other automotive manufacturers. Turbocharged engine, all-wheel drive and the AMG SPEEDSHIFT DCT 7-speed sports transmission – the CLA45 AMG features the same drive system that is already powering the A45 AMG to deliver highly dynamic and efficient performance.