Download Mitsubishi Starion car wallpapers in HD for your desktop, phone or tablet. All images belong to their respective owners and are free for personal use only. 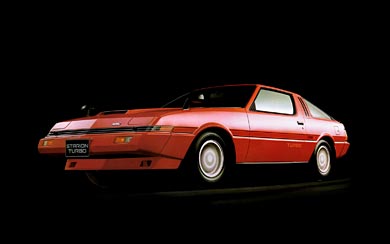 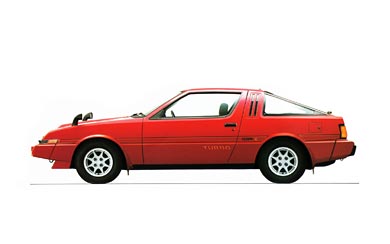 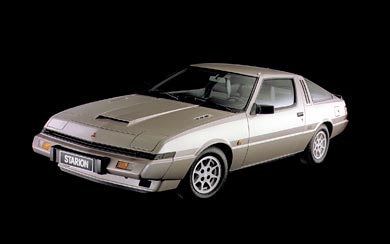 The Mitsubishi Starion is a two-door, turbocharged four-cylinder rear-wheel drive four-seat sports car that was in production from 1982 to 1989. It was also marketed in North America as the Conquest under the Chrysler, Dodge, and Plymouth names; both the Starion and Conquest came to an end in 1989. Mitsubishi’s entry in the lucrative Japanese grand tourer class in the 1980s, the Starion is considered to be one of the originators of the modern Japanese turbocharged performance automobile genre, and the first to use electronic fuel injection.

The Starion was produced in two distinct body styles; A narrowbody and widebody often referred to as “Flatty” and “Fatty”. This was so that the vehicle in Japan was in compliance with Japanese exterior dimension regulations that required an additional tax to be paid for larger vehicles, and engine displacement exceeding 2000cc. Only the narrow body was offered until the 1985.5 model year in the US. Some say the 1985.5 model is the most collectible as it’s the only “flatty” to have the intercooler. These are very rare to say the least. Mechanically both body styles were similar, but many parts are not interchangeable.

The introduction of the widebody also split the car into two distinct ranges. One a non-intercooled lower horsepower car using the narrow body style and a high-performance intercooled widebody. It should be noted some markets never received the widebody cars, but had “flatties” with most of the wide body upgrades as their top of the line model.In most markets widebody cars were given the label of Starion ESI-r or Conquest TSI. Markets that never received the widebody had the ESI-r label these cars had similar performance as the widebodies, just in a “flatty” body.