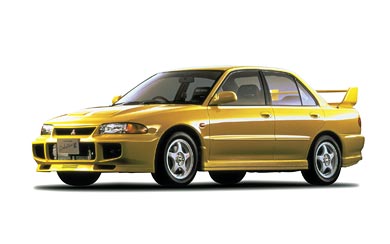 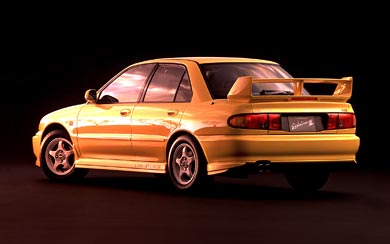 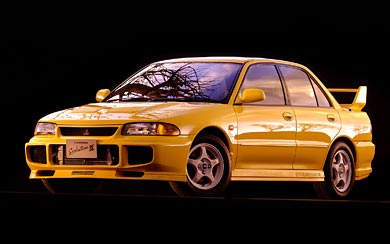 The Lancer Evolution (colloquially known as the “EVO”;) is Mitsubishi’s flagship sports car. Based only on the unibody of the domesticated Lancer sedan, the Evo is a rally inspired, turbocharged, all wheel drive, durable, and finely tuned automobile. The number designation of the model is most commonly a roman numeral. Evolution models prior to version V were the officially approved models for Mitsubishi’s efforts in the World Rally Championship’s Group A class and SCCA Pro Rally Championship. In order to follow these rules, the Evolution is based on the same platform as the Lancer. However, it is much more powerful than the Lancer, with the unibody being the only major part in common between the two.

The Evo was originally intended only for Japanese markets but demand on the ‘grey import’ market led the Evolution series to be offered through limited type-approval in the United Kingdom and in various European markets from around 1998 (Evo V-VI). Mitsubishi decided to export the eighth generation Evolution to the United States in 2003 after witnessing the success Subaru had in that market with their Impreza WRX, a direct competitor in other global regions.