Download Mitsubishi Galant car wallpapers in HD for your desktop, phone or tablet. All images belong to their respective owners and are free for personal use only. 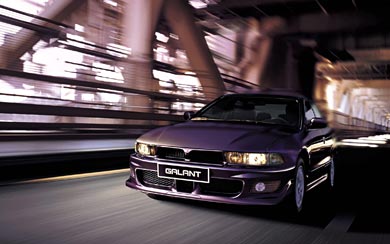 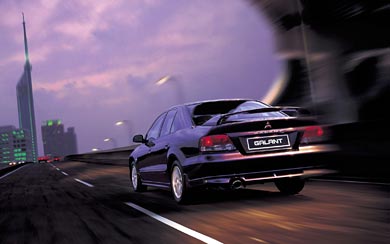 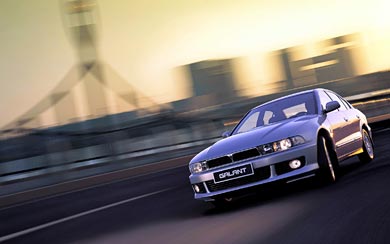 The Mitsubishi Galant is an automobile manufactured by Mitsubishi Motors between 1969 and 2012. The name was derived from the French word galant, meaning “chivalrous”. There have been nine distinct generations, and cumulative sales now exceed five million. It began as a compact sedan, but over the course of its life has evolved into a larger mid-size car.

The eighth-generation 1996 model continued the 1992 design themes but a 5-door station wagon (known in Japan as the Mitsubishi Legnum) was added while the 5-door liftback was dropped in favour of 5-door station wagon body style. This model won the 1996–97 Car of the Year Japan award for the second time. Despite being superseded in the US from 2003, it remained on sale in other countries until 2006. In Japan, the Legnum was sold only at a specific retail chain called Car Plaza.