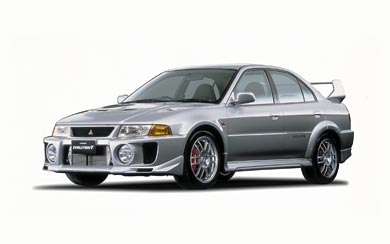 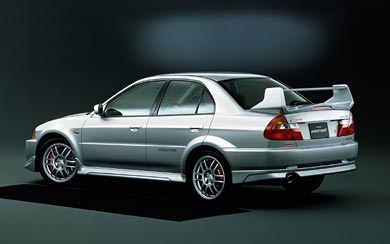 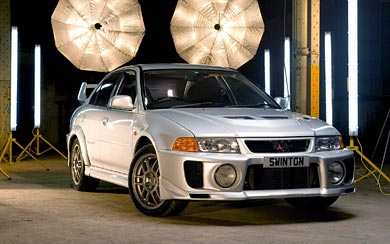 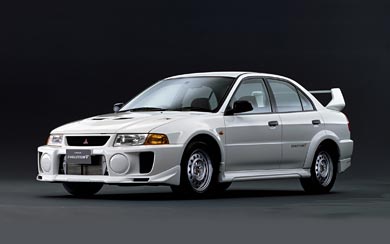 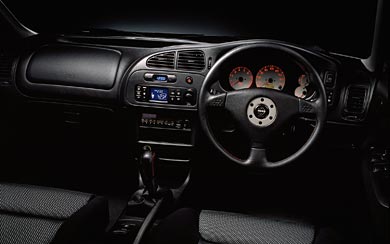 The Lancer Evolution was unique among its competitors in the World Rally Championship in that it is a homologated Group A car slightly modified to be able to race competitively against WRC class cars. They were successful in the WRC Rallies from 1996-1999, thanks to the Finn Tommi Makinen, for clinching the driver’s titles from 1996-1999, and the help of teammate Richard Burns for clinching the manufacturer’s championship for the first time in 1998. The Evolution however has now been replaced by the Lancer/Carisma GT and the new Lancer WRC04, but the Evo still competes in the Group A and Group N classes.

Many aspects of the car were changed such as: The interior was upgraded in the GSR version with a better class of Recaro seat. The body kit had flared arches at the front and rear and a new aluminium rear spoiler replaced the IV FRP version and gave an adjustable angle of attack to alter rear down force. The track was widened by 10 mm (0.4 in), the wheel offset changed from ET45 to ET38 along with the wheel diameter which rose from 16″ to 17″ to accommodate Brembo brakes which were added to enhance braking. In addition the brake master cylinder bore increased by 0.3 millimetres (0.01 in).

Furthermore, the turbocharger was again improved. Torque was increased to 373 Nm (275 lb-ft) at 3,000 rpm. Power officially stayed the same, at 280 PS (206 kW; 276 hp), though some claim horsepower was actually somewhat higher. The engine was strengthened in a few areas and the cam duration was increased. The pistons were lighter with a smaller skirt area. 510 cc injectors were replaced with 560 cc injectors for better engine reliability due to more electrical “headroom” and the ECU was changed to include a flash ROM, allowing more boost pressure to the same TD05-HR as the Mitsubishi Evolution III and IV.