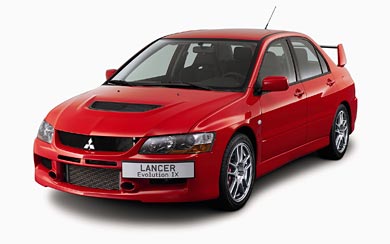 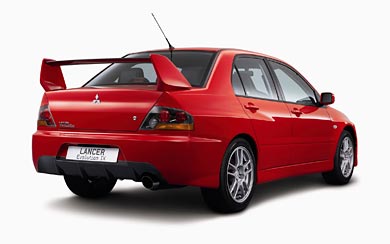 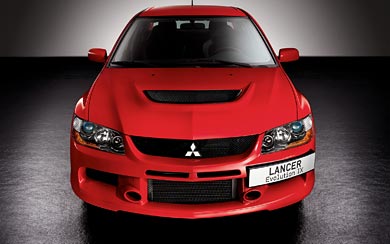 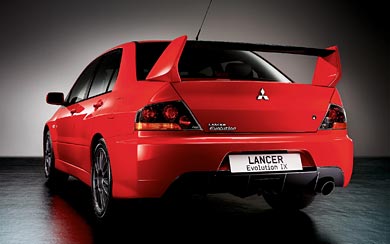 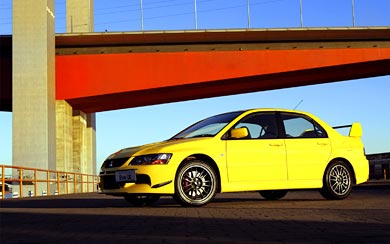 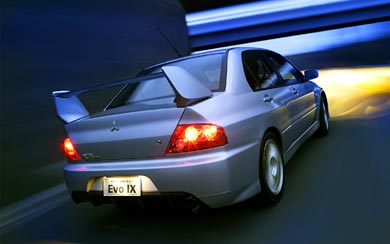 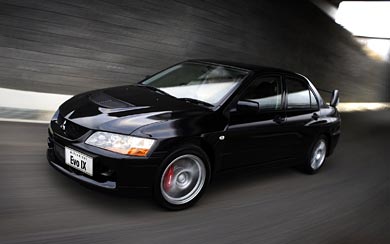 The Lancer Evolution IX MR retained the features of the Evolution VIII MR, like Bilstein shocks, a 6-speed manual transmission, a rooftop vortex generator, BBS forged wheels, HID xenon headlights, foglights, accessory gauge package, “zero lift” kit, special badging and an aluminum roof. All models continued to sport Recaro bucket seats, Brembo brakes and Momo steering wheels. Additional revisions from 2005 included a closer gear ratio for the 5-speed manual transmission, new lighter Enkei wheels on non-MR models, a redesigned front end with a more efficient air dam (the most noticeable feature are the two small oval ducts to cool the intercooler pipes), and a new rear bumper with a diffuser undersurface to smooth out the airflow coming out of the car for non-US models. In an effort to reduce the price increase on the Evolution IX model, HID headlights were no longer standard equipment on the base IX (nor were they standard on the 2005 VIII), and were available only in the SSL package (Sun, Sound, and Leather), SE (Special Edition) and MR trims.

One of the changes from the previous iteration of the Lancer Evolution, was the change in the engine, the new 4G63 came with MIVEC, Mitsubishi’s variable valve lifting technology, which drastically improves the fuel consumption by changing the valve timing on the intake cam. The MIVEC system is similar to Honda’s i-VTEC system only that it doesn’t change valve lift, only intake valve timing.