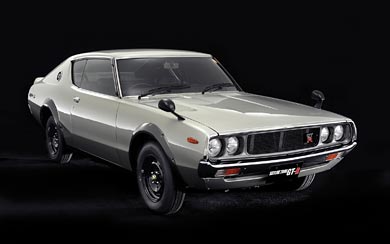 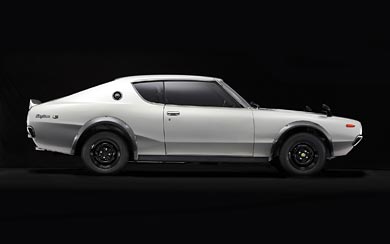 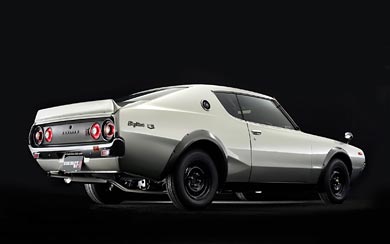 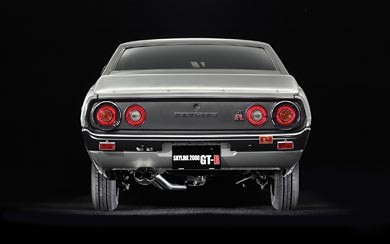 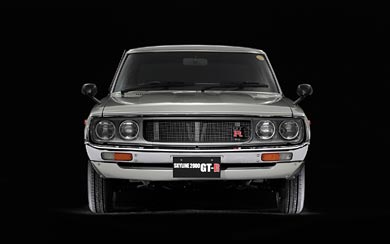 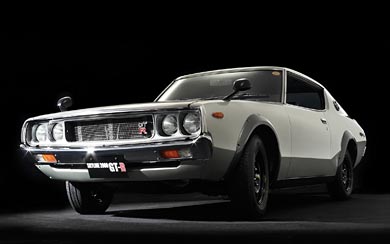 The body styles were, once again, four-door sedan, two-door hardtop coupé, and five-door station wagon. The C110 was more fussy in its styling than its predecessor, particularly so in wagon form, where unusually for a wagon design, no windows were fitted between the C and D pillars. The C110 was the first version to return to the round rear tail and brake lights introduced in 1963 albeit with dual units from the previous generation, and the appearance has become a traditional Skyline feature.

The Nissan Skyline GT-R hardtop arrived in September 1972 but only lasted until March 1973, when Nissan ceased its production. The oil crisis saw many people preferring economy cars and high-performance sports cars were looked down upon. Nissan pulled out of Motor Racing, so there was no purpose to the GT-R. It was not officially exported anywhere, although Nissan contemplated exporting to Australia. Only 197 KPGC110 GT-Rs were ever sold in Japan, through specialist Nissan Performance shops (before it was called NISMO). This was the last GT-R for 16 years until the BNR32 in 1989.