Download Peugeot RC Concept car wallpapers in HD for your desktop, phone or tablet. All images belong to their respective owners and are free for personal use only. 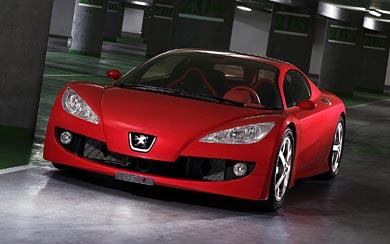 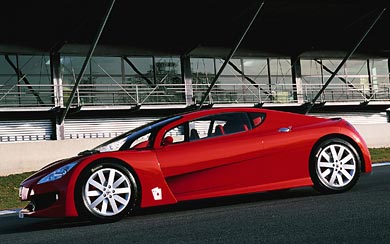 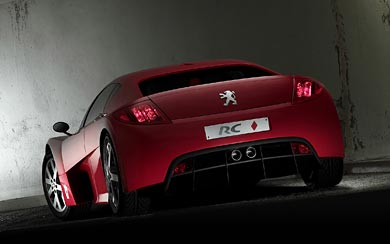 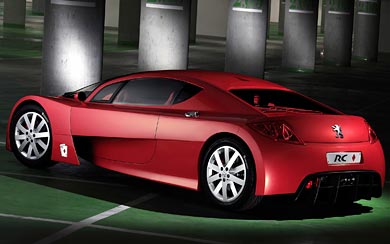 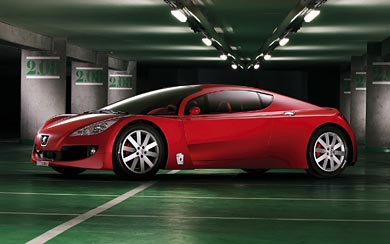 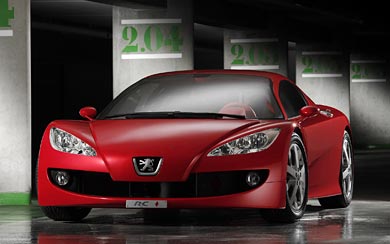 The RC was a mid-engined, rear-wheel drive sports car with the same essential design, but came in two versions. The Spade was painted black and featured a 2.0L naturally aspirated straight-4 petrol engine. Power was quoted at 181 bhp (133.2 kW). The red Diamond was powered by a 2.2L diesel engine that was capable of the same performance but with different driving and ride characteristics. Both variants were equipped with a six-speed sequential gearbox, featured a 900-kg carbon-fiber body, ceramic disc brakes, and a 0-60 mph (0–96 km/h) time of 6.0 seconds.

The bodywork, designed by Peugeot Style Centre, was praised as graceful and imaginative, and has influenced subsequent Peugeot cars. The diesel Diamond was quoted as capable of a fuel economy of 57 mpg (4.1 L/100 km), a very impressive figure for any car with sporting ambitions. The television show BBC Top Gear, not known for its love of diesels, reviewed the Peugeot RC Diamond in 2002 and presenter Richard Hammond remarked that it was “possibly the first proper diesel sports car.”