Download Peugeot 907 Concept car wallpapers in HD for your desktop, phone or tablet. All images belong to their respective owners and are free for personal use only. 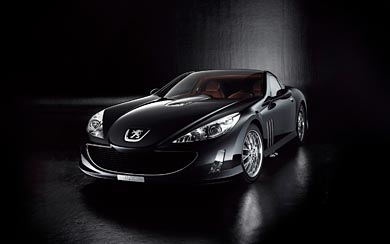 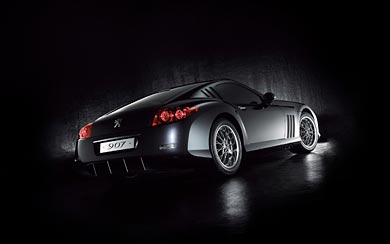 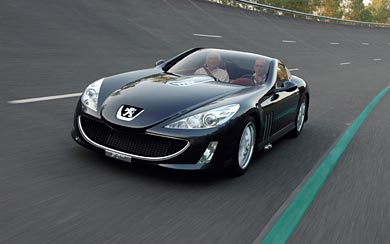 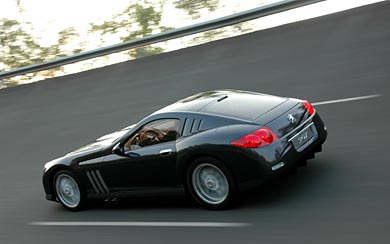 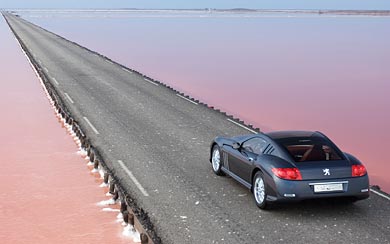 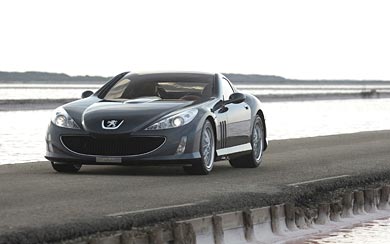 At the 2004 Paris Motor Show, Peugeot presents its vision of an exceptional vehicle intended to rise above the marque’s values. The 907 is powered by a 6.0 litre V12 engine, developing power near 500 bhp and features a sequentially controlled 6-speed manual gearbox. The interior calls to mind the world of touring cars with materials of genuine class: leather and alcantara for the passenger compartment, wood for the steering wheel and gear lever. With the 907, stylists have reverted to the traditional features of car design and, with the help of new technology, have created a fresh interpretation of a classic Peugeot.

The 907 is a two-seater coupe and a modern classic. Reminiscent of the great French coachbuilding, the 907 fuses a large capacity engine together with a flowing shape. It is a conjunction of advanced technology and motoring tradition.

The 6.0 litre V12 engine (368 kW or 500 bhp) is positioned longitudinally behind the front axle; connected by a small propshaft, it transmits a power to a six-speed gearbox placed longitudinally in front of the rear axle. Keeping both the major power train elements within the axles, helps the 907 to keep its heavy masses near the center of the car.

The chassis structure consists principally of a carbon fibre shell, to which the mechanical components, for example, the four double wishbone suspension units, are attached. Set into the bonnet, a glazed panel reveals twelve intake trumpets reminiscent of an Italian thoroughbred.