Download Peugeot 207 car wallpapers in HD for your desktop, phone or tablet. All images belong to their respective owners and are free for personal use only. 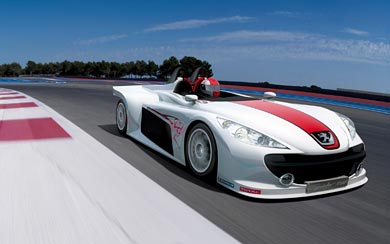 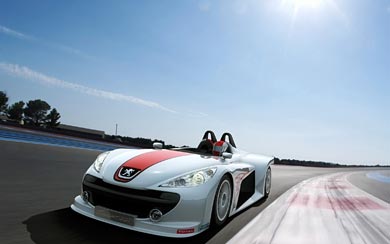 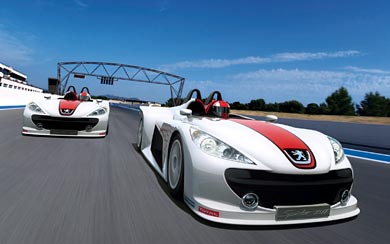 The Spider 207, which received its world premiere in Paris, is developed from the 20Cup concept car but features a more conventional 4-wheel architecture and a rear transverse engine. This car, intended to be driven in a single class category, will provide intense and genuine driving pleasure, combined with the use of a production engine offering a high level of torque and reliability.

This category will be the curtain raiser to all five rounds of the Le Mans Series (LMS) and an extra event will also take place in France as part of the Rencontres Peugeot Sport. It is a racing car embodying the attributes of both LMP1 and LMP2 cars and complying with ACO regulations, particularly as regards rollover protection.

The chassis is tubular and consists of three main parts for reasons of repairability and the engine-gearbox assembly occupies a central rear transverse position. For driver safety, the car’s structure (chassis, front and rear rollover bars, crash box, and steering column) meets the requirements of IAF regulations governing Sports Cars (LMP1 and LMP2).