Download Peugeot RCZ R Concept car wallpapers in HD for your desktop, phone or tablet. All images belong to their respective owners and are free for personal use only. 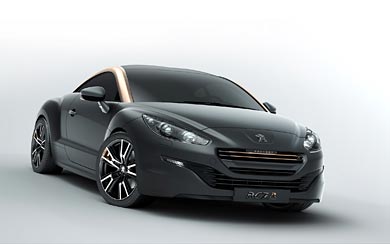 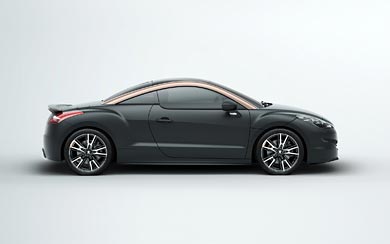 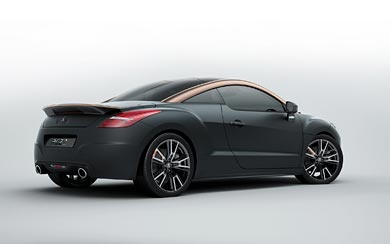 The Peugeot RCZ R Concept, making its debut at the 2012 Paris Motor Show, in its matt black and copper livery and announces the RCZ R, an emblematic version of radical sportiness which will come out at the end of 2013. The Peugeot RCZ R will receive a new 1.6-litre THP engine with a power output of 260bhp, making it the most powerful production model in Peugeot’s history.

Its efficiency will be a benchmark with a specific power output among the highest in the world for a production vehicle – more than 160bhp/litre – with target CO2 emissions of 155g/km. With the promise of intense dynamic sensations, the Peugeot RCZ R will benefit from special suspension and wheels, combined with a Torsen limited slip differential