Download Peugeot 208 car wallpapers in HD for your desktop, phone or tablet. All images belong to their respective owners and are free for personal use only. 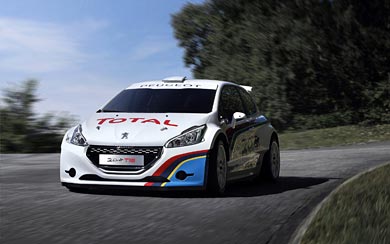 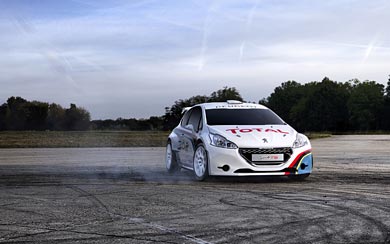 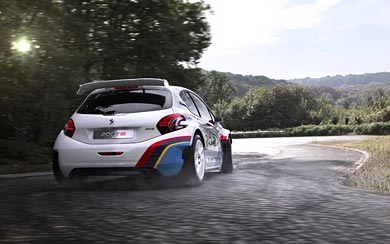 The 208 T16, which has been designed to comply with the FIA’s Class R5 regulations, has been putting kilometres on its clock since it broke cover in December 2012. It is about to begin the asphalt phase of its development. As the flagship of Peugeot Sport’s customer competition activities, the 208 T16 is continuing to be put through its paces as part of its intensive development programme. It has already undergone four tests on gravel and has notched up some 20 days on the loose which have enabled its chief technical characteristics to be finalised. Peugeot Sport’s engineers started by focusing on the reliability of its chassis, engine, electronics and suspension before turning their attention to set-up work.

In sometimes appalling weather conditions, the successor to the 207S2000 has been subjected to torture at various locations in France (Riboux, Mazamet, Auxerre) in the hands of Bryan Bouffier, Craig Breen and Kris Meeke. Peugeot Sport’s objective is to produce a competitive yet reliable package which will enable its customers to target victory on all types of terrain. Although the gravel part of the programme hasn’t been entirely completed, the 208 T16 is about to embark on the asphalt phase of its development. The objective remains to clock up 10,000 kilometres in testing before deliveries of the car to customers begin at the end of the year.