Download Peugeot L500 Concept car wallpapers in HD for your desktop, phone or tablet. All images belong to their respective owners and are free for personal use only. 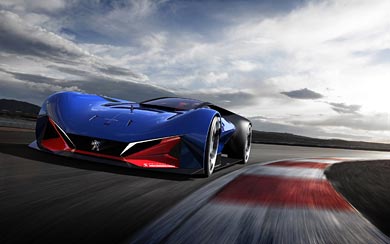 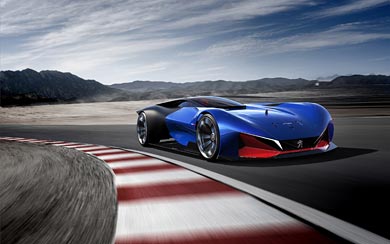 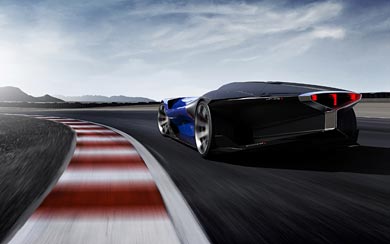 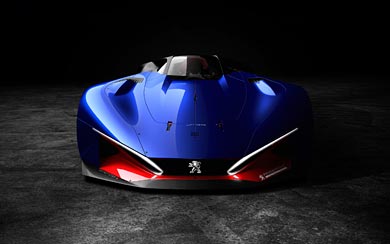 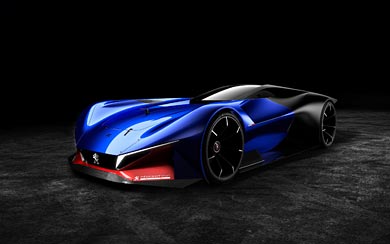 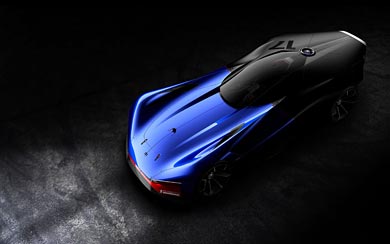 PEUGEOT L500 R HYbrid hugs the asphalt to deliver its full potential right from pullaway. With its wide track, low profile (just one metre high) and light weight (1,000 kg), PEUGEOT L500 R HYbrid is made for performance: it takes just 2.5 seconds to reach 100 km/h from standstill, and 19 seconds to cover 1,000 metres. Developped by PEUGEOT Sport teams, the 500-bhp plug-in hybrid petrol powertrain features two electric motors (one front and one rear) plus a 270 hp petrol engine, yielding peak torque of 730 Nm. Style-wise, the sleek lines run from the lion badge on the radiator grille toward the driver to end in a streamlined rear feature (a nod to the car’s century-old ancestor) highlighting the three distinctive rear lamp claws that form part of Peugeot’s design identity today.

PEUGEOT L500 R HYbrid pays tribute to the L45 and to Peugeot’s illustrious past in the USA, when the Lion claimed three victories in the 500-mile event at the Indianapolis speedway, the world’s second-oldest racetrack. The L45 (for 4.5 litres) took over from the L76, put together in 1912 by a team of intrepid young drivers known as the “Charlatans”, who produced a whole series of racers that would open a new age in racing engine design, through to 1919.

The L76 was the first car in the world to use a four-cylinder engine with four valves per cylinder plus a dual overhead camshaft, and was the first modern racing car to reach 190 km/h.