Download Peugeot 508 Sport Engineered Concept car wallpapers in 4K for your desktop, phone or tablet. All images belong to their respective owners and are free for personal use only. 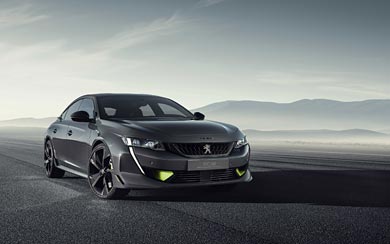 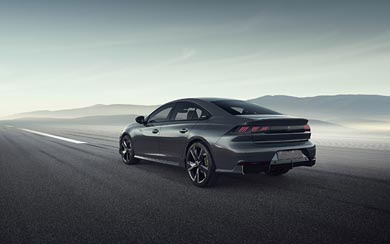 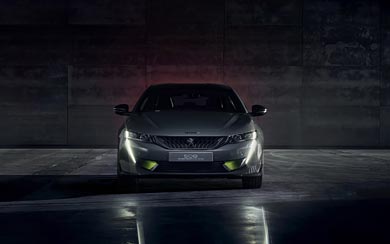 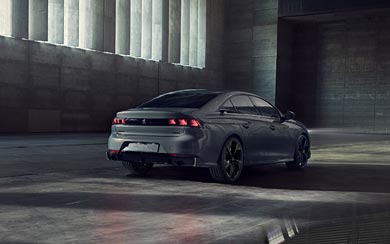 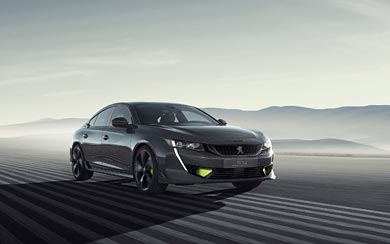 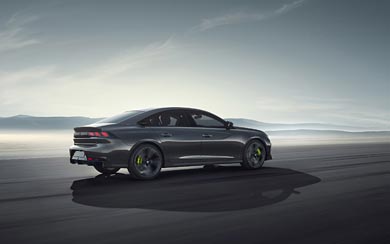 Peugeot Sport have shown-off their latest creation to come out of the skunk works, a nearly 500 horsepower turbo electric hybrid concept of the 508. Don’t be fooled by that 500 number though, as the real world peak power output is around the 400 mark. This is due to the make-up of the powertrain, with an 1.6L turbocharged inline 4 cylinder engine (200 PS) paired to a 110 PS electric motor powering the front axle. Taking care of the rear drive is another electric motor, this time capable of 200 PS. The combine total output is around 500 PS, but due to the fact that all three motors will never be operating at full power all at once, the actual power is around 400 PS (294 kW).

The transmission used is an 8-speed automatic, and the battery pack comes in at 11.8kWh which will allow for 31 miles of pure EV driving. The sleek styling of the Peugeot 508 has been retained with the addition of new splitters, diffusers and other aero appendages that amp up the aggressive look of the car. Peugeot are claiming a production model will see the light of day, with a schedule around 2020. Hopefully that production version retains most of the concepts features.