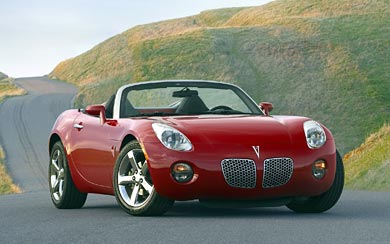 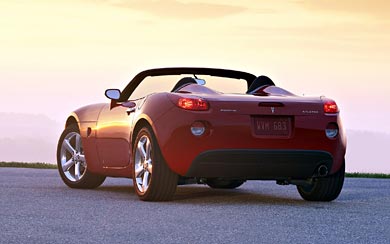 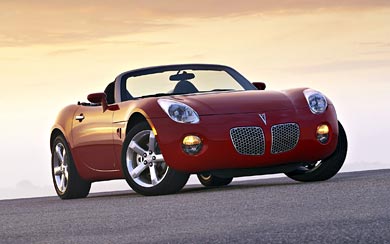 The Pontiac Solstice is a roadster from the Pontiac division of General Motors. Introduced at the 2004 North American International Auto Show, the Solstice began production in Wilmington, Delaware starting in mid-2005 for the 2005 model year. The exterior styling of the production Solstice is similar to that of the 2002 Solstice concept that preceded it.

The Solstice uses the GM Kappa platform, which also underpins the Saturn Sky and Opel GT. Pontiac may eventually build a fixed-roof coupe version, which would allow the Solstice to be eligible for certain racing events not open to convertibles.

The Solstice was nominated for the North American Car of the Year award and Design of the Year award from the AJAC for 2005. It has been a runaway hit for Pontiac, with 7,000 orders in the first 10 days of availability and 6,000 more orders before winter. Although first-year production was planned at 7,000, GM apologized to customers for delays and increased production, delivering 10,000 by March 1. The base price was adjusted upwards to $20,490 in mid-December, but many buyers report paying $5,000 or more over sticker to get a Solstice.