Download Porsche 959 car wallpapers in HD for your desktop, phone or tablet. All images belong to their respective owners and are free for personal use only. 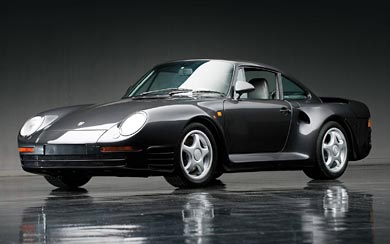 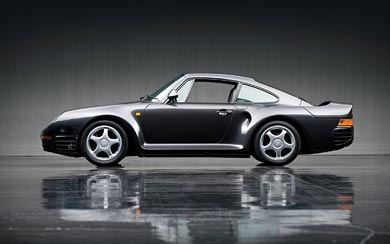 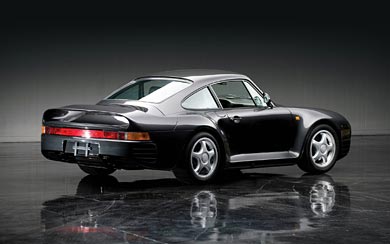 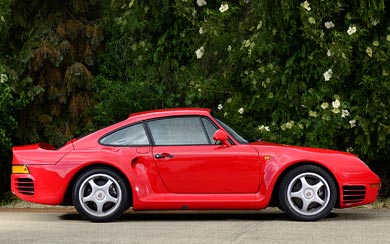 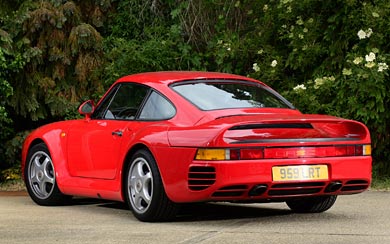 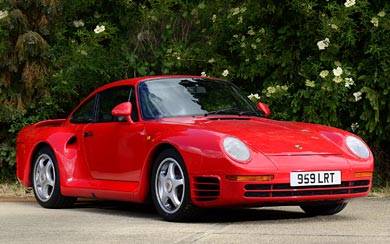 Starting life as a homologation special for a Group B rally car, the Porsche 959 became the world’s fastest street-legal production car in 1986 and went on to become the forerunner of all future super cars. In order to satisfy FIA homologation regulations of the time, Porsche has to build at least 200 street legal 959’s in order to go racing. A total of 337 cars were built, which included 37 prototypes during the development stages.

Using the basic 911 monocoque as a starting point, Porsche fitted a computer controlled four wheel drive system that could control the amount of power sent to the front wheels. This was done through the use of a PSK clutch fitted between the transmission and front differential and controlled via driver selectable settings comprising of four choices. Double wishbone suspension was used on the front instead of the regular McPherson struts of the 911, and featured twin coil over dampers for greater performance with the four wheel drive system. The rear also made use of a double wishbone setup with a single coil over.

The engine was also advanced for the time, with the flat-6 utilising twin overhead camshafts, four valves per cylinder and two sequential Turbos. The 2.8L engine was tuned to produce 450 PS (331 kW) of power and 368 lb-ft (500 Nm) of torque for the road, which enabled the 959 to accelerate from 0-62 mph in just 3.7 seconds and on to a top speed of 194 mph. The Porsche 959 remains one of the best cars of the 1980’s, a real technological tour de force.