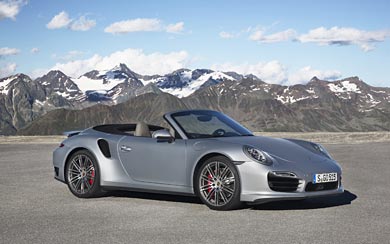 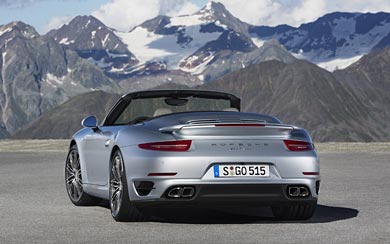 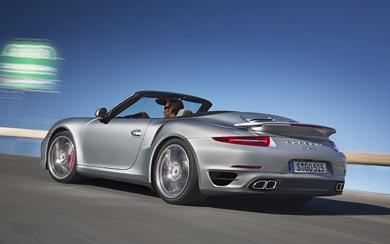 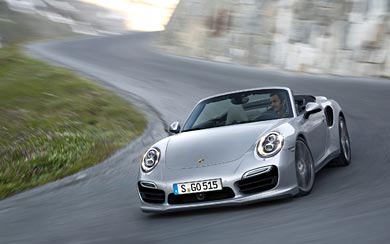 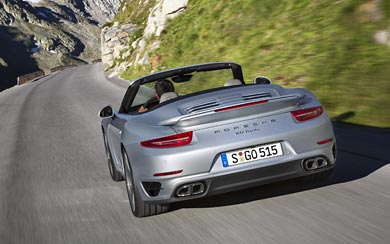 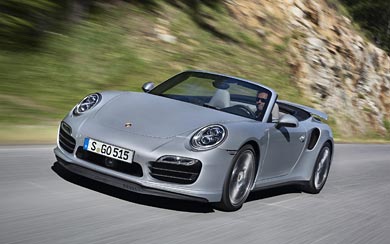 The dynamic range of the new 911 Turbo models multiplied by the driving pleasure offered by an open-top sports car: This is the succinct formula behind the two new leading 911 Cabriolet models. Some 50 years after the 911 first made its début and to coincide with the 40th anniversary of the 911 Turbo, the open-top versions of the 911 Turbo and 911 Turbo S are making their global début. The vehicles will be unveiled for the very first time at the 2013 Los Angeles Auto Show . By adding the two new leading 911 models into the mix, Porsche is doubling its offering of the top-of-the-range models to four versions.

In supplementing the range, the Porsche 911 Turbo Cabriolet and 911 Turbo S Cabriolet deliver the same blend of dynamism, performance and efficiency offered by the Coupé model unveiled a few months ago. Expressed in figures: The turbocharged 3.8-litre six-cylinder engine delivers 520 bhp (383 kW) in the open-top 911 Turbo and 560 bhp (412 kW) in the S model. The cars accelerate from zero to 100 km/h in 3.5 and 3.2 seconds respectively, reaching a top speed of up to 318 km/h.