Download Porsche Panamera car wallpapers in HD for your desktop, phone or tablet. All images belong to their respective owners and are free for personal use only. 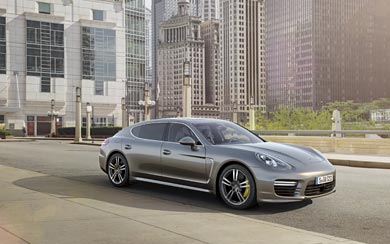 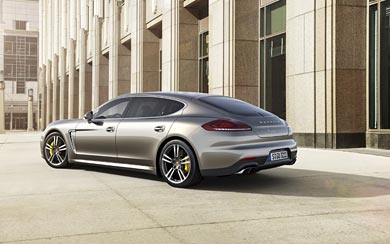 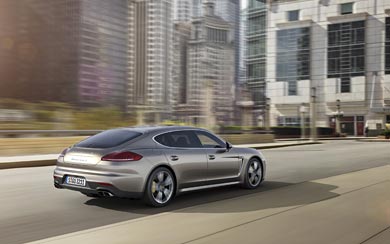 Porsche is placing its fastest, most powerful and most luxurious Panamera grand touring sedan at the peak of the series: With a power output of 570 hp and a top track speed of 192 mph, plus a particularly extensive and top-quality range of features, the Porsche Panamera Turbo S is guaranteed a special status in its market segment. For the first time ever, an Executive version of the Panamera Turbo S is also available with a wheelbase that has been extended by 5.9 inches. As a result, the Porsche Panamera Turbo S Executive offers significantly more space and even more comfort, particularly at the rear.

The character of the new Porsche Panamera Turbo S is evident not only in its driving performance but also in the key distinguishing features of its appearance. The Palladium Metallic exterior color, which is available solely for the new Panamera Turbo S, gives the top model an especially exclusive look and enhances the classy, elegant contours. An indication of the vehicle’s outstanding driving dynamics is provided by 20-inch 911 Turbo II wheels, which are not only larger but also significantly wider than the standard wheels belonging to other Panamera models. The four-way rear spoiler, painted in the same color as the exterior, is another unique feature.