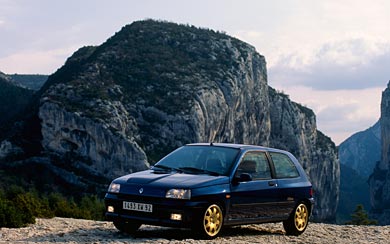 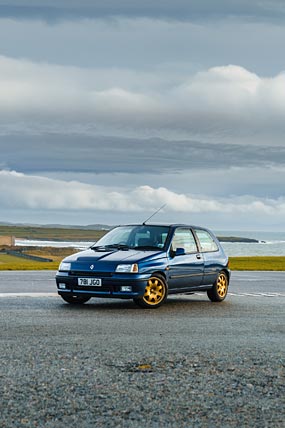 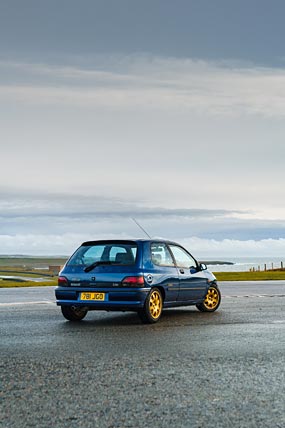 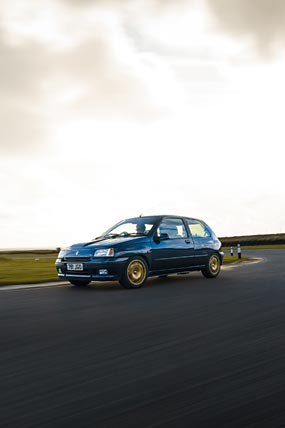 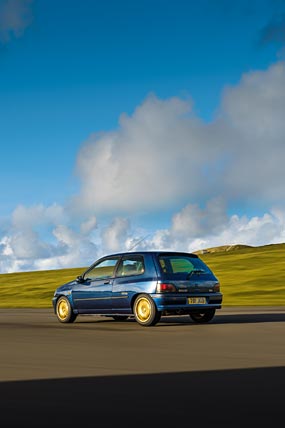 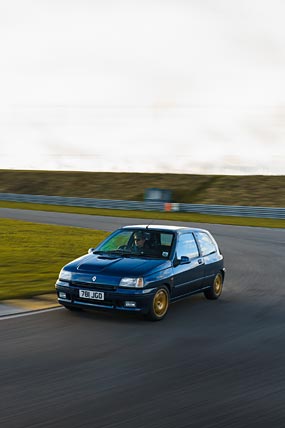 In 1993, Renault launched the Clio Williams as a limited edition of 3,800 cars (1,300 more than they needed for homologation purposes) with each car bearing a numbered plaque on the dash. These sold out so quickly that Renault ended up building 1,600 more.

After the first series, due to the demand, Renault built the Williams 2 and 3, with more than 12,000 eventually being built. However, many new road cars were directly converted to race cars and when damaged replaced with another converted road car, which means that the actual number of road cars is significantly lower than the figures suggest.

The car was named after the then Renault-powered Formula One team WilliamsF1, though Williams had nothing to do with the design or engineering of this Clio. The modifications to the Clio 16S on which it was based were the work of Renault Sport, Renault’s motorsport division. Nevertheless, this car had a Formula One link by being the sport’s Safety Car in 1996.