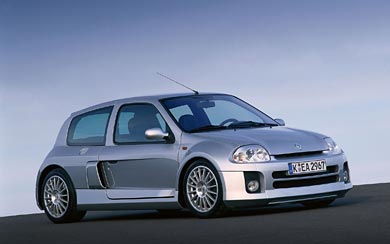 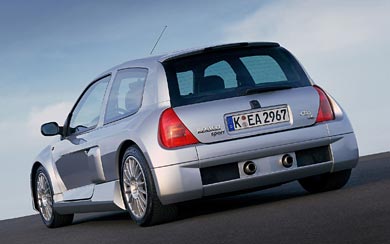 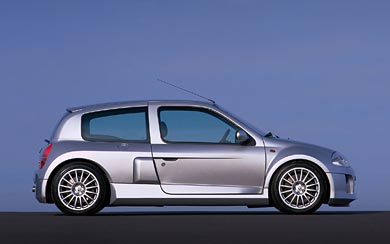 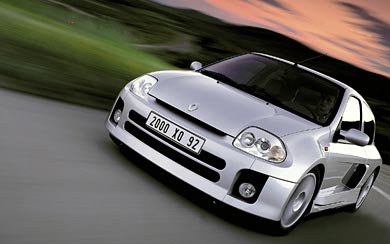 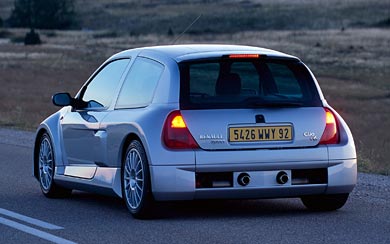 The second generation of the Clio was launched in Spring 1998, with considerably more rounded and bulbous styling than its predecessor. Part of the radical concept of the new Clio were many components made of unusual materials to save in weight and repair costs. For instance, the front wings were made of plastic and the material of the bonnet was aluminium in some versions.

In early 2000, a sportive 16V version equipped with a new 1.6 L 16-valve engine was introduced, and eventually, all the older petrol engines were upgraded to more powerful and more economical 16-valve versions.

The top-of-the-range Clio, however, was the mid-engined, rear-wheel drive Clio V6 Renault Sport, originally engineered by Tom Walkinshaw Racing for a one-make racing series, which placed a 230 PS (170 kW) 3.0 L V6 engine, sourced from the Renault Laguna, placed behind the front seats, with a top speed of 235 km/h (146 mph).