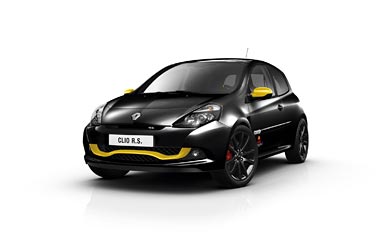 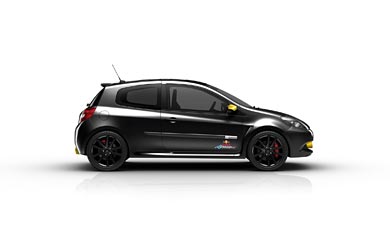 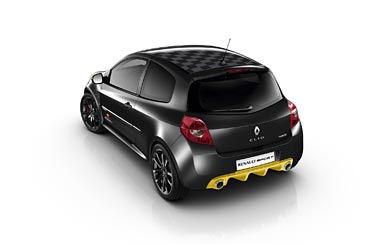 Clio R.S. Red Bull Racing RB7, the latest limited-edition version of Clio R.S., capitalises on the basic model’s acclaimed strengths, something which is sure not to escape sporting car and motorsport enthusiasts. Its 18-inch black Interlagos wheels are equipped with Bridgestone RE050A tyres, the same as those fitted to Mégane R.S. Trophy which established a new lap record round the Nürburgring’s Nordschleife in June 2011. Its Profond Black body colour provides a striking contrast with its Sirius Yellow F1-style blade, door mirror housings and diffuser. Meanwhile, its two-litre 203-horsepower engine has been carefully tuned to deliver more than 100hp per litre! These sporty credentials are echoed by the Renault Sport chequered-pattern roof decal which combines with the Red Bull Racing badging on the doors.