Download Renault Megane GT car wallpapers in HD for your desktop, phone or tablet. All images belong to their respective owners and are free for personal use only. 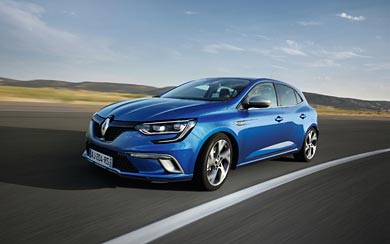 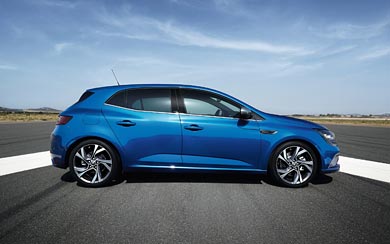 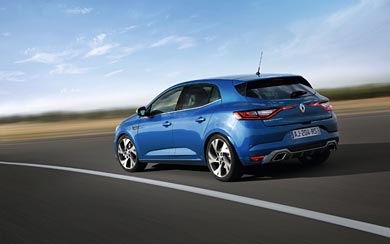 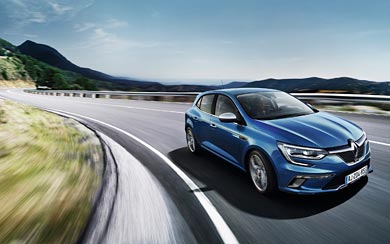 The dynamic-looking, high-quality, all-new Renault Megane – loaded with technology features from higher-segment cars – was Renault’s star attraction at the 2015 IAA in Frankfurt. Alongside a range of highly-efficient petrol and diesel engines, it will be available from launch as a GT created in association with Renaultsport.

The flagship of the new Megane range at launch will be the Renaultsport-inspired GT, featuring unique exterior and interior embellishments, a 202 hp TCe engine mated to a seven-speed EDC dual-clutch transmission, segment-first 4Control four-wheel steering and bespoke chassis settings.

The design of the GT’s front bumper signals the step-up in sportiness that goes hand-in-hand with the Renaultsport DNA. It is complemented by a special design for the upper and lower grilles. The lower air intake is wider and flanked by air scoops, while a Dark Metal finish – in particular for the door mirror housings – confirms that the car is a true Renault. The optional 18-inch diamond-effect, GT-badged wheels were specially developed by Renaultsport. At the rear, two chrome-plated exhaust tailpipes echo the style of the twin air scoops at the front to provide a sense of symmetry. The tailpipes flank a diffuser that takes its inspiration from Formula One. The new Megane GT carries Renaultsport badging on the left-hand rear, as well as on both front wings.