Download Shelby Cougar Cobra car wallpapers in HD for your desktop, phone or tablet. All images belong to their respective owners and are free for personal use only. 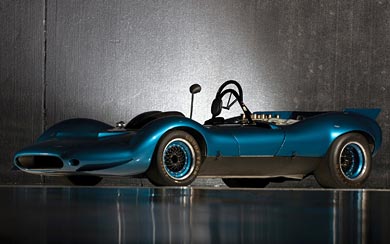 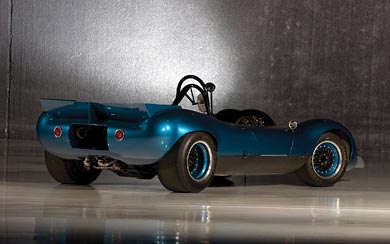 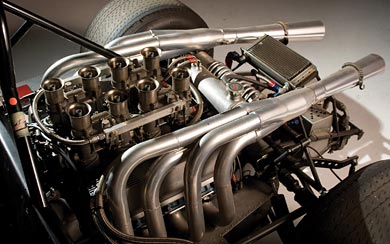 Announced in early 1966, the SCCA-sanctioned Can-Am was positioned to catch the attention of European teams and drivers in North America for the two season-ending grands prix, the USGP and the Mexican GP. SCCA put together six tracks, assembled an unprecedented prize fund and announced the rules: FIA Group 7. They specified two doors of at least a certain size, two seats on each side of the body centerline in a cockpit of set minimum dimensions, envelope bodywork covering the wheels, minimum weight and wheelbase. That was it.

Shelby still had plenty to do in 1967, and they turned to freelance designer Len Terry, who with Frank Nichols of Elva owned Transatlantic Automotive Consultants. Terry seized upon the loose Group 7 rules to create, in only a short period of time, an innovative, aerodynamic design. Based on an aluminum monocoque center structure, Terry’s principal innovation was the suspension.

It used at both front and rear a single transversely mounted coil spring compressed by rocker arms on the upper suspension control arms. Conventional tubular shock absorbers controlled suspension movement and allowed coil springs to be mounted over them in case the radical suspension proved troublesome. The system allowed body roll to be controlled by anti-sway bars independently of the effect of the stiffness of the suspension springs, giving it unusual adaptability and adjustability.

Three tubs were constructed, but the first complete car didn’t arrive in Los Angeles until late, with barely enough time for a shakedown run at Riverside and preparation for round four of the 1967 series, the October 29th race at Riverside. In the hands of Jerry Titus, it managed only three laps before the fuel pump failed. Two weeks later, at the finale in Las Vegas, it crashed. By then Ford had pulled its funding for such ventures, and Shelby turned its attention to more productive, and lucrative, activities.