Download Shelby GT500CR car wallpapers in HD for your desktop, phone or tablet. All images belong to their respective owners and are free for personal use only. 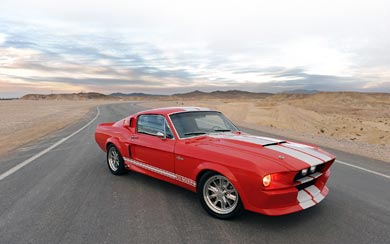 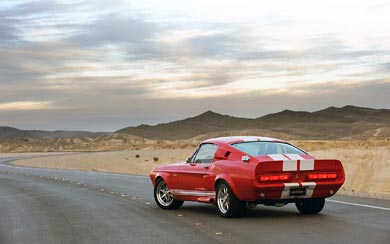 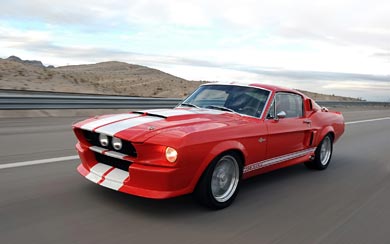 Classic Recreations 1967 G.T.500CR prototype makes first public appearance in Las Vegas the same weekend as the NASCAR Shelby American Race. Less than four months after custom coachbuilder Classic Recreations announced the Officially-Licensed 1967 Shelby G.T.500CR continuation car program at the 2009 SEMA Show in Las Vegas, the first prototype made its debut in the same city but with a very different setting.

Details of the reborn supercar have been a closely guarded secret, but on February 25th, 2010, the first GT500CR prototype was photographed near the Shelby American facility in Las Vegas, prior to an all-Shelby weekend where car owners and NASCAR fans gathered to celebrate the legendary mark during the NASCAR Shelby American GT350 stock car race.