Download Shelby Raptor car wallpapers in HD for your desktop, phone or tablet. All images belong to their respective owners and are free for personal use only. 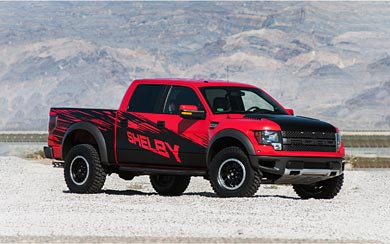 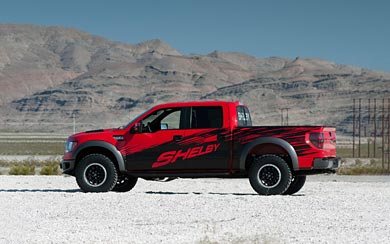 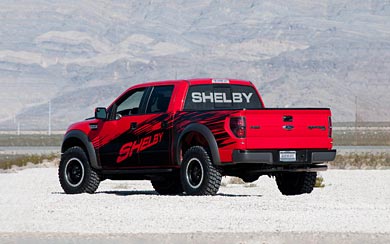 Shelby American, today unveiled the new Shelby Raptor, one of the most powerful, exciting and collectable off-road production trucks, during the New York International Auto Show. The Shelby Raptor marks the return of the Shelby muscle truck and is based on the 2013 Ford SVT Raptor with enhanced power and handling, topped with “Shelby Style” inside and out.

“As a native Texan, Carroll Shelby loved powerful trucks,” said John Luft, president of Shelby American. “Carroll connected his love for trucks with his passion for performance on several projects, with the first one over 30 years ago. The latest Shelby truck was created to conquer any terrain with serious velocity.”

Shelby American takes the impressive Ford SVT Raptor and adds some “Shelby Magic” to create the ultimate muscle truck. By forcing air through a 2.9 liter supercharger mounted on the massive 6.2L V8 engine, and then out of the Shelby Borla exhaust system, Shelby American takes the stock 411 HP rating and kicks it up to 575 HP. A six-speed automatic transfers power to all four wheels and features a manual mode to give the driver complete gear selection control.